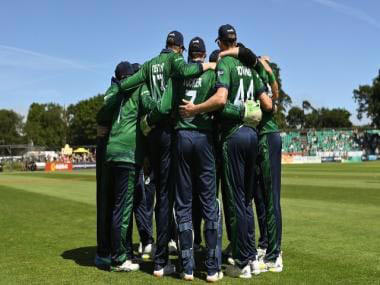 South Africa outplayed Ireland in the first T20 International and now both teams will square off for the second and final game of the two-match T20 International series at the County Ground in Bristol at 11:00 PM IST. While the Proteas will eye for an easy white-wash, the Irish Brigade will look to turn the table around and clinch the much-awaited victory.

The first T20I took place at Bristol’s County Ground which is known to favour batters. The previous encounter saw batters from both squads prosper. Three breached the 50-run mark in the high-scoring battle. Pacers can play a pivotal role in the early phase and spinners have to continue a tight length.

Winning the toss turned out to be beneficial for the Keshav Maharaj-led South Africa, as they successfully used the flat surface to post a massive 200-plus score. In the upcoming match, both captains will aim to bat first and put up a challenging total.

Ireland vs South Africa second T20 International is set to take place at the County Ground in Bristol. The weather condition can be a bit cloudy during the 20-over face-off. However, there is no chance of rain being the spoilsport during the final T20I. The temperature will hover between 9-22 degrees Celsius on the matchday. The wind speed can go around 18 km/h.