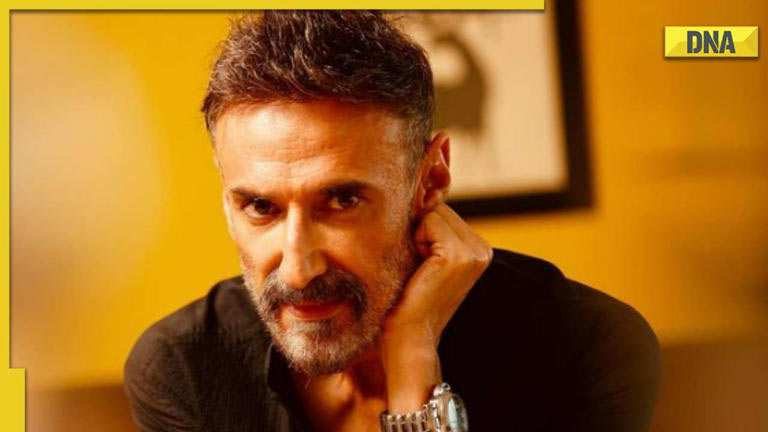 Bollywood actor Rahul Dev, who will be seen in the Kannada film Kabzaa which also stars Upendra, Shriya Saran and Kiccha Sudeep, recently talked about the difficulties and pain that he had to face after his wife’s death.

Before Rahul Dev’s wife Rina Dev’s death in 2009, they were together for about 18 years. The actor broke down while talking about the pain of losing his wife and raising his son alone. While speaking to Connect FM Canada, the actor said, "Parenting is not easy at all. Women have a big hand in raising children, the way they understand children, probably because it comes out of them. The kind of patience they have for children, I tried a lot, but there were times when I would lose my cool, my frame of mind. I had to try to be both mom and dad. When I would go to parent-teacher meetings at school, I would see mostly mothers. Rarely I would meet one guy but his wife would be there. At that time, I would feel a sense of deep insecurity. I would feel where are the men."

He added, "It's very painful. A lot of it I don't want to remember. A lot of it I would not wish on anyone, that kind of situation. It looks easy in films, so many times films show that someone became a widower. But starting again is not easy at all."

In an earlier interview, Rahul opened up about the hesitation and struggles he faced when he began dating Mugdha in 2013. While speaking to RJ Sidharth Kannan, Rahul shared that the only hesitation he faced when he started to date Mugdha was regarding his son, Siddhant. The actor said that once his son got to know about his relationship, there was nothing to hide from the word.

"When I was married, I never used to hide the fact that I was married. I hadn't even done a film at that time. There are very few things in life that are real. Everything else is... There is a work dream that you're chasing, there are some other things, everyone has passions. That whole fabric of life if you weave together, if there is someone who is important to you, I can't understand why I would want to hide them,” Rahul told Rj Kannan.

When asked if had had any doubts about entering into a relationship with Mugdha, Rahul said, "I think anybody who's had a fantastic first relationship would always feel if this is correct, in this day and age... There is a gap, in terms of years. So I used to feel if this is proper on my part. There were many things. You have a next in line, he was very, very young. And the other side of the family. You'd feel that you would hurt them by moving on with your life."