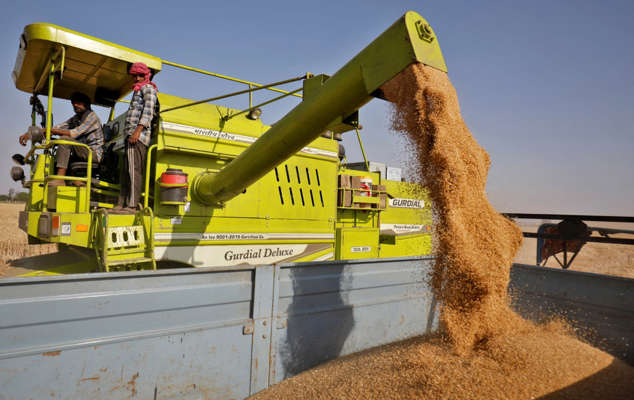 India has put a ban on the export of wheat with immediate effect, the ministry of commerce said in a notification in a late Friday night notification. The Directorate General of Foreign Trade (DGDT) in the notification dated May 13 has said that the wheat export ban was imposed due to a sudden rise in the price of the food grain in the global market, and was exercised as part of measures to control rising domestic prices. In the order, the government also said the wheat export ban was put into effect to ensure overall food security.

However, the wheat export shipments for which irrevocable letters of credit (LoC) have been issued on or before the date of this notification will be allowed, the DGFT said in its notification.  “Exports will also be allowed on the basis of permission granted by the Government of India to other countries to meet their food security needs and based on the request of their governments.”

“There is a sudden spike in the global prices of wheat arising out of many factors, as a result of which the food security of India, neighbouring and other vulnerable countries is at risk,” the DGFT said in the notification. “The government of India is committed to providing for the food security requirements of India, neighbouring and other vulnerable developing countries which are adversely affected by the sudden changes in the global market for wheat and are unable to access adequate wheat supplies,” the order further said.

The notification from the DGFT, who works under the commerce ministry, also said that in order to manage the overall food security of the country and to support the needs of the neighbouring and other vulnerable countries, the government was taking the measure to ban wheat export from India.

The order was issued a day after India said it will send trade delegations to nine countries including Morocco, Tunisia, and Indonesia to explore possibilities of boosting wheat shipments as it targetted to export 10 million tonnes of the grain in 2022-23.

On Friday, however, it was reported that India wheat exports may see a slowdown amid rising concerns over the plunge in its stocks with the Food Corporation of India because of aggressive buying from private players and an overall production shortage. As a result, atta prices have soared to their highest in April this year since January 2010, which prompted a group of ministers headed by home minister Amit Shah to take up the issue.

Atta prices have risen amid a fall in the production and stocks of wheat in the country, with the prices soaring to around Rs 2,400 per 100 kg. This is well above the assured Minimum Support Price by the Centre and is a rare incident. The measure was taken to ensure that common people do not bear the brunt of the rising inflation amid continued geopolitical tensions.