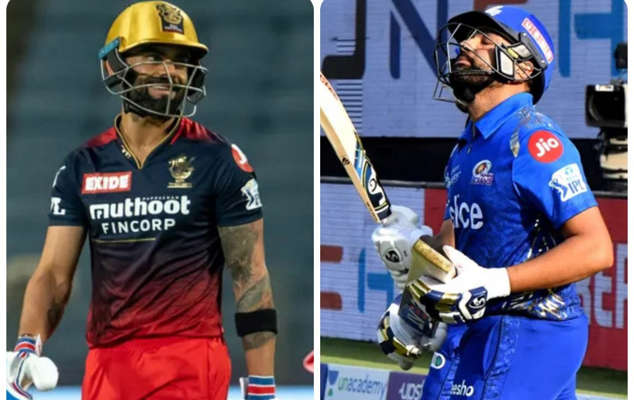 With T20 World Cup just around the corner, fears of an impending flop show from Rohit Sharma and Virat Kohli is already rising. While the RCB batter has accounted for 236 runs at just 19.67 at a strike rate of 113.46, Rohit has scored 218 runs in 12 games at just 18.17 with a strike rate of 125.29. Meanwhile, BCCI president Sourav Ganguly is unbothered with the duo, and he said that he expects the big game players will come back to form when the time for a big tournament like T20 World Cup arrives.

“I’m not worried at all about the form of Rohit or Virat. They are too good…real big players. The World Cup is far away and I am quite confident that they will be in top shape much before the tournament,” he told Mid Day. India will now take on South Africa in the five-match T20I series after which they will travel to England where they will play T20Is against Ireland and England. They are supposed to return home and play three more games against Australia.

Meanwhile, Dada also spoke about Umran Malik after he created some sensation with his raw pace. A number of cricketers demanded that he be selected for T20 World Cup. “How many can bowl at 150 km? Not many. I won’t be surprised if he gets picked for the national team. We have to be careful in using him, though. Umran is the fastest. I also like Kuldip Sen. Also, T Natarajan has made comeback. We will have Jasprit Bumrah and Mohammed Shami. Finally, it is up to the selectors,” said Ganguly.

Both Virat Kohli and Rohit Sharma are the backbone of Indian team. The top order relies solely on the duo for solid batting upfront. After a poor outing in UAE, Kohli stepped down from T20I captaincy and this was followed by his sacking as ODI skipper.