Vistara could merge with Air India, decision likely by end of 2023 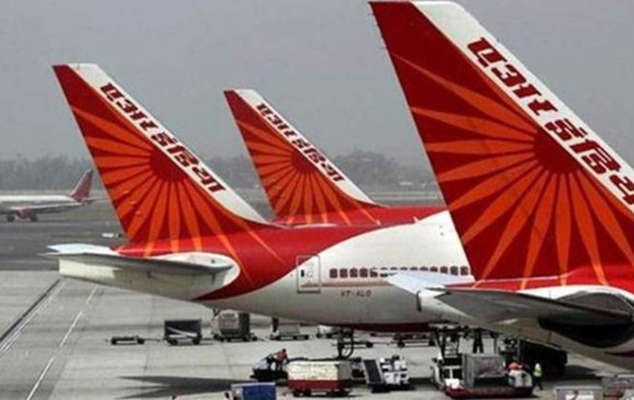 Tata Sons has held exploratory talks with Singapore Airlines (SIA), its joint-venture partner in Vistara, for a potential merger of the airline with Air India, multiple sources told The Indian Express.

SIA is learnt to have asked for time until the end of next year to decide whether it wants to go ahead. Tata Sons is the holding company of the Tata Group, which took over Air India from the government earlier this year. Vistara is the only other full-service carrier in India.

“The Tatas and Singapore Airlines have discussed the merger possibility earlier this year. SIA had even agreed to join the Tata bid for Air India but because of the pandemic, it decided to back out given its poor financial condition,” one of the persons aware of the development said on condition of anonymity.

SIA had waived the non-compete clause in Vistara’s contract to allow the Tata Group to bid for the national carrier. Air India is now fully owned by the Tata Group, while Vistara is a 51:49 joint venture between the Tatas and SIA.

“SIA has asked for time till the end of 2023 to decide whether it wants to go ahead with the merger or not. What they’re looking for is some stability in their financial condition, and that of Air India’s operations post the disinvestment,” the source said.

“Discussions on how much equity Singapore Airlines will hold in Air India will be held once it has finalised its intention to merge,” the source added.

According to this person, the appointment of Air India’s new chief executive is a step in the direction of the possible merger. The Tata Group on Thursday announced the onboarding of Campbell Wilson, a Singapore Airlines veteran and CEO of its low-cost unit Scoot.

Wilson’s appointment as Air India’s CEO & MD was made with the “full blessings” of Singapore Airlines. “The two groups sat together and took the call to appoint Wilson at Air India. The decision has been taken with a long-term perspective. Wilson has global aviation experience and comes with long-term commitment to lead Air India’s turnaround,” another source said. Singapore Airlines CEO Goh Choong Phong had said on Thursday: “Campbell is one of our most experienced senior executives who has made many important contributions in key management roles within the SIA Group. While we are sad to lose him, he goes to Air India with our full blessings.”

On Friday, in his farewell note to Scoot employees, Wilson wrote: “...There are other mountains to climb, and I am humbled to have been selected by Air India’s board as the airline’s new CEO. It is a fantastic opportunity to lead a historic airline, now owned by the Tata Group, to new heights, and I am grateful to embark on that exciting challenge with the full blessings of the SIA management team.” The Tata Group won the bid to acquire Air India in October 2021, and the airline was transferred to its new owner in January. Vistara was launched in 2015.

Responding to a question from The Indian Express on the possible merger of Air India and Vistara, a Singapore Airlines spokesperson said: “We do not comment on any confidential discussions that we may or may not be having with our partners”.

Tata Sons had not responded to an email seeking comments by the time of publication of this report on Sunday.

The Singapore Airlines Group reported a loss of SGD 4.3 billion (approximately Rs 23,851 crore) for the financial year ended March 2021 as passenger volumes fell 97.9% during the period. The group posted its first quarterly profit since the onset of the pandemic during October-December 2021.

Air India posted a net loss of Rs 5,422.60 crore for the first half of 2021-22. The Tata Group has laid out a roadmap for the recovery of Air India, and to turn it around financially and operationally.

In Vistara, the JV partners have built a premium airline brand. During the January-March period, the two airlines together had a domestic passenger traffic market share of 18.7%.

A merger of Air India and Vistara would articulate Tata Sons chairman N Chandrasekaran’s philosophy of “synergise”, given that the two airlines complement each other in some ways.

While Vistara has been established as a premium airline brand in the domestic segment, Air India’s strength lies in the international markets, especially the US and Europe. Currently, Air India is the only Indian carrier that flies to the US; Air India and Vistara are the only ones that fly to Europe.