Bhool Bhulaiyaa 2 Writer on Why Kartik Aaryan and Not Akshay Kumar Fits Better: 'Both are in Different...' | Exclusive 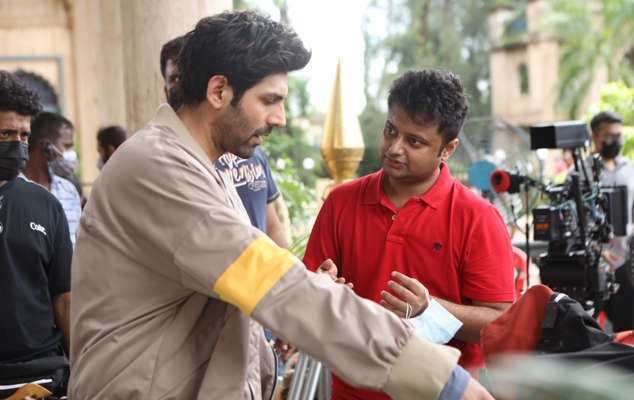 Kartik Aaryan is all set for the release of his upcoming film Bhool Bhulaiyaa 2. The film, which is a sequel to Akshay Kumar’s 2007 movie of the same name, will hit theatres on May 20. While fans are eagerly waiting for the film, do you know it took three years to complete the movie’s script? In a recent interview with News18.com, Bhool Bhulaiyaa 2 writer Aakash Kaushik revealed the same and added that it was also due to the coronavirus induced pandemic. He also mentioned that he kept working on the script for so long because he had to match the success level of the first Bhool Bhulaiyaa.

“The thing is, two years of these three years we had the pandemic. Bhool Bhulaiyaa is such a cult film, to match up to that I took that added pressure to do whatever was in my capacity to ensure that the script matches the level of the first one. Even during breaks, I kept working on the script, working on the little nuances and thinking of stuff that can improve. Yes, this film has taken three years of my life,” Aakash Kaushik said.

Aakash was also asked if there was pressure on him regarding Bhool Bhulaiyaa 2 script, especially after the massive success of the first film. The writer agreed to this, but also added that the pressure was self-imposed. Aakash further explained how he used this pressure in a positive way and improved the script to a point when everyone was impressed with it just after the first read. He also mentioned that he is happy and satisfied with the final product.

“The pressure was not external, that’s something I had taken on my own. After seeing the product, I am not nervous, I am a little excited though. I was using that pressure in a very positive way. I wanted to ensure that, like I said, I gave my 100%, even if there were breaks due to Covid, I used it to our advantage and I kept working on the script to improve it in whichever way possible. I would say I am not nervous, I am excited because I have seen the film and I am very happy with the end product. But yes, the pressure was definitely there initially,” Aakash shared.

The writer also explained that even though the basic script remained the same, he kept on improving it even while the shooting was underway. “The basic film stays the same, in fact, I was very confident, because whoever I narrated the script to, whether it was Kartik, Kiara or Tabu mam or everybody including the producer, in very first narration I got a go-ahead from everybody. That gives a lot of confidence. During these two years, people were watching a lot of world cinema, so the content they were watching was so much and from all over the world, so I had to ensure that as the time passes, I’ll have to maintain the same level. So the basic story remains the same but I was improving the scenes,” the writer said.

Aakash also revealed why the Bhool Bhulaiyaa 2 script is apt for Kartik Aaryan and not for Akshay Kumar. He explained that the script demanded a younger actor and therefore Kartik has been chosen for the role.

“It is more apt for Kartik which is why we went to him. In fact, the very person who was in my head as I was writing the script was Kartik. The very reason Akshay sir is not there is because the role is of a younger guy in this film. Basically, when you see the film, you’ll understand that it’s for a younger hero. They (Akshay and Kartik) are in different age brackets. Akshay is a phenomenal actor and who doesn’t want to work with him. In Bhool Bhulaiyaa he did a phenomenal job. To be honest, while penning it down also, I had Kartik in my mind because he brings that level of excitement. Just the way I have written the role, I think it’s for Kartik,” he told News18.com.

The film’s writer also talked about the comparisons being made between Kartik Aaryan and Akshay Kumar and urged people to watch Bhool Bhulaiyaa 2 as a standalone movie. He concluded by praising Kartik Aaryan and mentioned that he has done a fabulous job.

“I don’t dwell too much into these comparisons. Bhool Bhulaiyaa is a cult classic and we all loved that film. We all are fans of Akshay Kumar. I understand that initially there will be certain comparisons. Beyond a point, we should look at it as a standalone film. The comparisons, beyond a point, don’t serve any purpose. Kartik, as far as his character is concerned, has done a phenomenal job. He has taken the role to another level. As a writer, I think he has done a fabulous job,” Aakash Kaushik concluded.