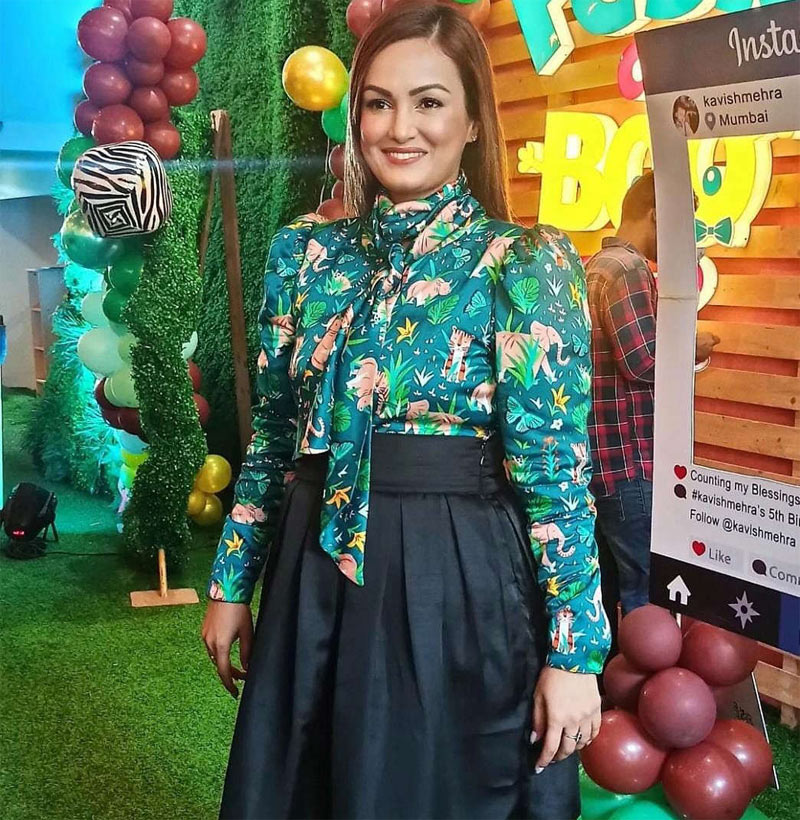 Nisha Rawal, popularly known for her stint in a popular reality show is one of the strongest women in the entertainment industry. The actress is a proud single mother and has been single-handedly taking care of her son Kavish with utmost grace.

Kavish recently celebrated his fifth birthday on June 14 with lesser privileged kids at an NGO, arranged by his mother Nisha for him to learn to be compassionate with everyone.

The actress also organised a jungle-themed party at a play area in the suburbs of Mumbai.

Talking about the party, Nisha looked gorgeous as she was seen twinning with her son Kavish in a beautiful dress. The actress also joined her son in the fun activities such as sticker painting and Nisha's cheeks are a beautiful proof of the same. Followed by the fun activities was a grand cake cutting session.

The cake cutting session and the party was joined by her family and friends from the industry such as Tannaz Irani and Sooraj Thapar amongst others.