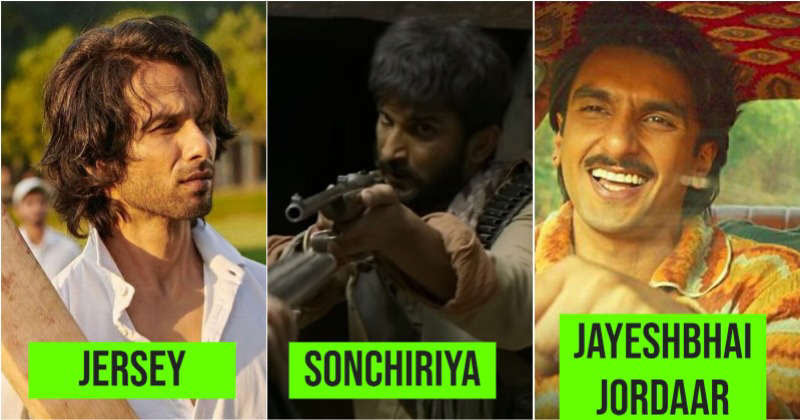 For so long, box-office collections of a film were used to measure a film’s success, but with the advent of OTT platforms like Netflix, Disney+ Hotstar, Prime Video, and so on, filmmakers have now been afforded a second innings at hoping for better reception for their releases.

The pandemic definitely played a crucial role in getting audiences acquainted with the world of OTT, which is why many now consider these streaming platforms as their default medium to catch the latest releases. Additionally, OTT’s subscription model also takes away the risk factor for the viewers, as they no longer need to stake their money on watching individual films in cinema halls.

There are several reasons why filmmakers might consider releasing their films on OTT as well. But let’s look at three that may influence a production house’s decision to stream their films.

Firstly, it allows a safety blanket for makers of the film to cushion against any potential losses made at the box office. As per reports, Amazon Prime Video and YRF signed a massive multi-crore deal for the streaming rights for several of its films, namely, Jayeshbhai Jordaar, Prithviraj, and Shamshera.

Secondly, sometimes movies suffer from poor marketing and PR practices, disappearing without a trace. In such cases, OTT platforms allow audiences to watch these movies without the box-office industry dictating the when, how, and where, one can watch them.

Believe it or not, little or poor public opinion of a film can prevent people from watching it.

The Shahid Kapoor starrer Jersey was one such film that couldn’t muster up sufficient noise around it. Perhaps the release of Ranveer Singh’s sports film 83, muddied up the waters for the former, with a similar subject.

It’s a known fact that critics can often make or break a film, as they enough sway to deter audiences from watching a certain movie. In a bid to make up for it, filmmakers re-release on OTT to rectify not just poor box-office performances, but also critics’ reviews.

Made on an estimated budget of INR 150 crores, Vijay’s Beast was panned left, right, and centre, which resulted in the movie barely recouping the initial sum invested. However, Beast is now streaming on Netflix with the hopes of people giving it another chance to impress them.

The much-talked-about film starring Ranveer Singh in the lead was dealt a bad hand due to the pandemic, causing several delays in its release. However, it performed poorly at the box office, roughly making INR 23 crores,  a figure that pales in comparison to the INR 86 crores it took to make it.

Thanks to Prime Video streaming the film, fans lauded Jayeshbhai Jordaar for its storyline and Ranveer Singh’s performance as a Gujarati lad looking to save his unborn daughter from female foeticide.

Jersey, the Hindi remake of the identically titled Telugu film, stars Shahid Kapoor as its protagonist. Although the film did suffer from a similarly themed film, 83, being released around the same time, it managed to make its way to OTT, where it found favour among its viewers.

Although the Tapsee Pannu starrer received appreciation from critics and audiences alike, it failed to light up the box office. However, the film became a roaring success after it was made available on OTT, where more people got to engage with the sensitivities of Anubhav Sinha’s Thappad than did at cinema halls.

This highly underrated horror film was unable to draw significant crowds to the hall. But it was after Tumbbad’s release on Amazon Prime that people understood their folly. In fact, such was its reception that many believed it should have been India’s entry at the Oscars in 2019, instead of Gully Boy.