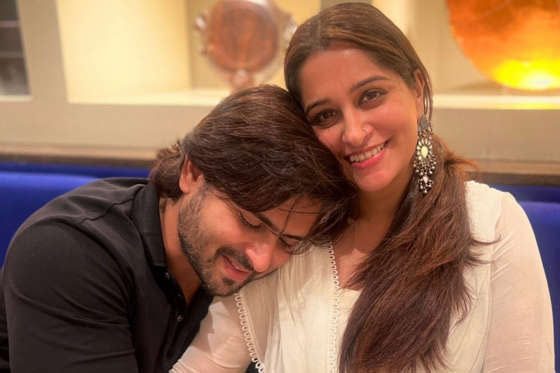 Actor Shoaib Ibrahim celebrated his 35th birthday on June 20 and his wife, television star Dipika Kakar left no stone unturned to make the occasion special for him. Dipika arranged a small party for Shoaib at their place and even baked a cake for him. Not just this, the actress also gifted Shoaib a white pair of sneakers from luxury brand Gucci, which approximately costs around Rs 77K.

Shoaib took to Twitter to share a mushy pic with Dipika alongside a heartfelt note saying thank you to her for “everything”. He tweeted: “All I want to say is I love you Dipi. Thank you for everything. Thankyou for loving me blessed to have you.”

Shoaib also received a heartfelt handwritten note from his father that made him emotional. A day prior to his birthday, both Dipika and Shoaib had gifted their fathers' special watches on the occasion of Father’s Day. Shoaib’s sister Saba shared pictures from the birthday celebration with brother Shoaib on Instagram.