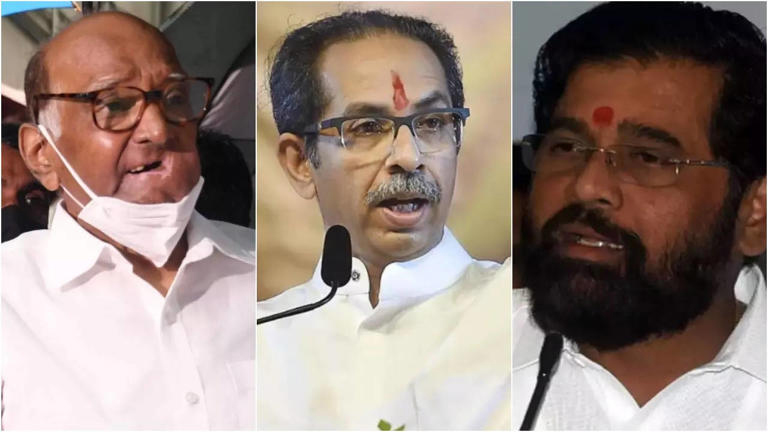 With Sena veteran Eknath Shinde rebelling against the party leadership and signalling plans to join hands with BJP, the political situation in Maharashtra has become fluid.

TOI maps out the likely scenarios:

1. Shinde camp needs to win over 37 Sena MLAs (2/3rds of total) to ensure rebels do not get disqualified under the anti-defection law. If the Shinde faction gets to this number and decides to back BJP or even merge with it, there could be regime change. Speculation is he may have the support of 12-13 MLAs now, mostly from Rane, Raigad and areas outside Mumbai. Support of the 13 Sena MLAs from Mumbai is unlikely.

2. Shinde's rebellion may force Sena leadership to split MVA- the rebels' key demand- and form a government with BJP. Shinde is keen to see Sena revert to Hindutva, the cornerstone of the party's electoral strategy for decades. The Shinde camp believes Sena's prospects have considerably dimmed as a result of the "secular" alliance with Congress- NCP. The restoration formula envisages a CM from BJP and deputy CM (preferably Shinde) from Sena, along with 10-12 Sena ministers. Uddhav Thackeray will have to step down as CM.

3. Sena leadership may manage to assuage Shinde and other rebels and bring them back into the fold. If this happens, Shinde will remain a minister but will have much less clout as a grassroots leader. Sena's leadership will cut him to size and shift control in the Thane district where he currently holds sway. Shinde may take years to regain Matoshree's trust. Other possibility, though remote, is Shinde may have the upper hand if he returns to Sena. In a quid pro quo, Thackeray's may cede more ground to him.

4. Sena may continue as a part of MVA after expelling Shinde for dissident activities. Sena will try to ensure that he alone pays for the rebellion and that all MLAs who supported him continue to remain with the party. In this case, Shinde may eventually join BJP to protect his turf in Thane, draw a few more Sena veterans to his side, and gear up for next assembly and general elections in 2024.

5. If Shinde and his camp refuse to back down, they could bide time until the monsoon session. Given MVA's defeats in RS polls and MLC elections, the prevailing mood among independents and smaller parties is not favourable to the coalition. MLAs from the Shinde camp could resign, a la BJP's Operation Lotus in Karnataka in 2019. A trust vote in this situation may tip the scales. Sena MLAs who quit could then contest byelections on BJP tickets. If they win, BJP will form the government. Alternatively, if the MVA government loses the trust vote and the government is dissolved, Centre may impose President's rule and Maharashtra could head for mid-term polls.