SBI versus HDFC Bank: How will the battle of titans in Indian banking shape up? 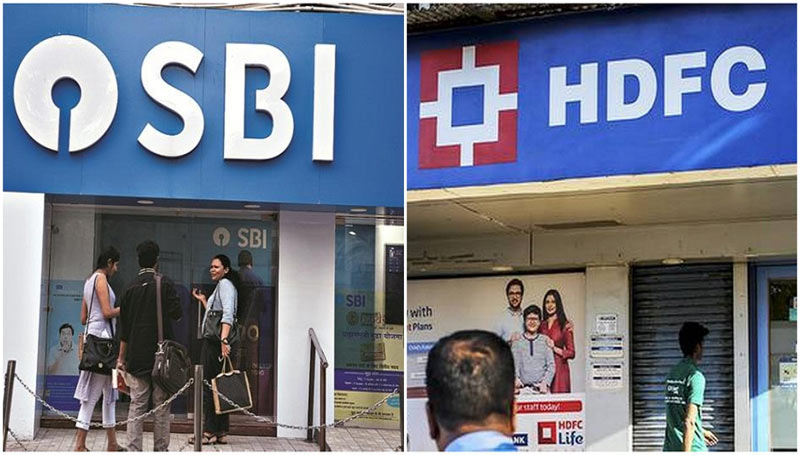 State Bank of India (SBI) Chairman Dinesh Kumar Khara on Wednesday said the bank was “very mindful” of the HDFC-HDFC Bank merger and was taking necessary steps to beat competition.

His comments came on the heels of HDFC Bank’s Managing Director and Chief Executive Officer (MD & CEO) Sashidhar Jagdishan saying in the bank’s FY22 annual report that “quite simply”, the lender could have not afforded missing the chance of the proposed merger with Housing Development Finance Corp (HDFC).

Analysts say the aggressive growth commentaries from the chiefs of two large banks show that credit demand, after hovering in single digits during the pandemic and till earlier this year, will likely pick up this fiscal. As the country’s largest private bank and public sector bank combat to gain market share, Moneycontrol analyses how the two lenders’ assets and deposits compare with each other, and whether SBI will be able to secure its age-old leadership position in the banking industry.

SBI’s loan book stood at Rs 26.64 lakh crore as on December end, up 8.5 per cent year-on-year (YoY). Retail personal loans at Rs 9.52 lakh crore as on December 31, rose 14.6 percent. Corporate loans, however, de-grew 0.7 percent to Rs 7.83 lakh crore. In a conversation with CNBC TV-18 on April 13, Khara had said that the bank will likely see more than 10 percent loan growth in the current fiscal.

Credit offtake is happening essentially in the iron, steel and cement sectors, and capital expenditure was also being seen in the automobile and e-mobility sectors, he said. Infrastructure projects are also driving credit demand in airport and port sectors, he added.

When asked whether the merger of the HDFC twins will challenge SBI’s market share in the home loan segment, Khara said the bank will be “more than happy” to rejig its products and platform to capture demand.

“I always feel that competition brings more and more agility. I think, being the largest home loan provider, that is a trigger for us to ensure that we should stay the largest ever. So, for that, whatever is required to be done, we will be more than happy… looking into our product and platform,” he said.

The combined advances of HDFC Bank and HDFC, as per an official company document seen by Moneycontrol, stand at Rs 17.86 lakh crore as on December end on proforma basis.

Analysts at ICICI Securities maintained its ‘Buy’ rating with a Rs 1,330 price target on HDFC Bank on June 23 saying the runway for the bank in terms of growth is huge and it can add one HDFC Bank every five years.

“The CEO’s message is similar to what was articulated during the analyst day on 31 May 2022 highlighting why this is an opportune time to fructify the merger given housing loan growth opportunity with deeper penetration, regulatory convergence, conducive market development, pricing convergence, portfolio rebalancing, enhanced cross-sell,” it said.

While SBI will continue its focus expanding its digital footprint across country, HDFC Bank plans to open between 1,500 and 2,000 branches each year for the next three to five years, as per Jagdishan.

“The branch will be digital from a customer on-boarding and transaction/servicing perspective. It will provide the emotional connect and relationship management necessary for offering financial solutions to our customers. These branches will be small in size and will be phygital relationship centres,” Jagdishan said.

“This will enable us to go after the catchment more aggressively and build the required liability franchise that we are known for, and we are confident that we would execute well,” he added.

As on March end, HDFC Bank’s total banking outlets stood at 21,683, while total branches, including four overseas, stood at 6,342. The lender’s total ATMs and cash deposit machines were at 18,130 at the end of March, and it had 15,341 business correspondents (BCs) in its network.

Further, as only 2 per cent of HDFC Bank customers source their home loans through the bank, the scope for rise in mortgage loans is immense, the MD said.

“Home loan customers typically keep deposits that are five to seven times that of other retail customers. And about 70 percent of HDFC Ltd’s customers do not bank with us. All these gives us an idea about the size of the opportunity,” he added.

HDFC Bank has a home loan agreement with HDFC, according to which HDFC Bank sources loans for the parent for a 1.10 percent fee, with the right to buy 70 percent of the loans it originates. Due to the agreement, HDFC Bank could only source home loans from 2,000 of the over 6,500 branches it had as on March end, an HDFC source said.

The low-cost current account, savings account (CASA) deposits for SBI stood at Rs 17 lakh crore as on December-end, while HDFC Bank had total CASA deposits of Rs 6.81 lakh crore on a standalone basis in same period.

“Overall, factoring in the regulatory requirements (CRR+SLR+PSL) and assuming that 20 percent of high-cost HDFC borrowings are replaced, our workings suggest that the bank will have to mobilise deposits to the tune of Rs 5.5 trillion over FY24-25, which need to be met through a combination of growing vintage of branches and accelerated growth via some rate tinkering,” brokerage Emkay Global said in a report dated May 23.

“However, the deposit ask can be reduced by slowing down HDFC’s growth, increasing affordable housing/PSL-compliant loan growth, phased grandfathering of HDFC’s bank borrowings, and even raising relatively cheap overseas bonds,” it added.

In terms of asset quality, SBI’s headline numbers were higher than HDFC Bank.