Mahesh Babu’s Brother Naresh All Set To Marry For The Fourth Time? 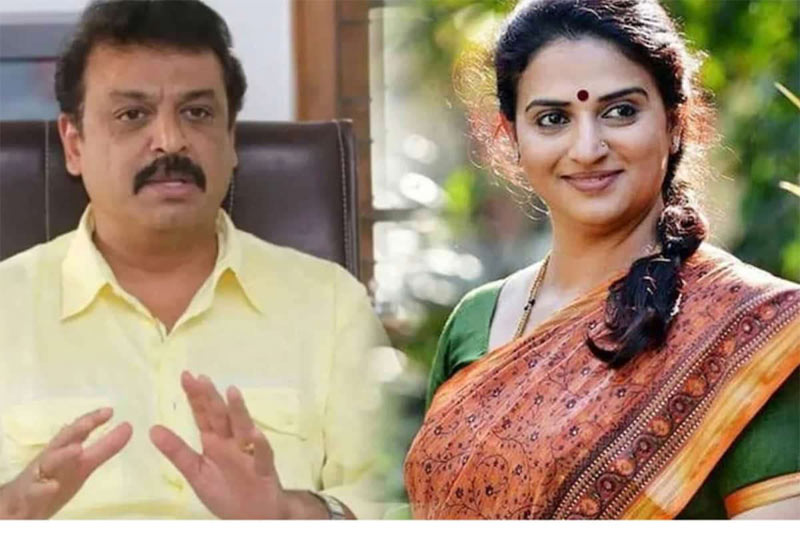 There have been rumours that Mahesh Babu's brother Vijaya Krishna Naresh, popularly known as Naresh, is all set to marry for the fourth time. Naresh will reportedly get married to Kannada actress Pavithra Lokesh. There have been rumours that the two have tied the knot in a secret wedding. Naresh had parted ways with his three ex-wives due to personal reasons and has been living alone.

Reports also suggest that Naresh and Pavithra are living together for some time now, and the actress has been attending all the family functions of the actor. Pavithra is separated from her husband Suchendra Prasad but not legally. Before getting married to Naresh, Pavithra will have to legally divorce her husband, Suchendra Prasad. The two got married in 2007.

The rumours have been doing the rounds for many months now, and neither Naresh nor Pavithra Lokesh denied them. This has sparked the rumours even more.

Recently, Naresh and Pavithra Lokesh visited Mahabaleshwar to take blessings from a Swamiji. While many have reported that Pavithra is directing a film and she had gone to Mahabaleshwar for the same. But many also suggest that she was there with Naresh to take blessing from the Swamiji for their alleged wedding.

The two are yet to officially announce their wedding.

Naresh and Pavithra Lokesh have worked together in many movies. Talking about the rumoured project that is being directed by Pavithra Lokesh, the same is being produced by Naresh under the banner Vijaya Krishna Green Studios.

More details about the project are yet to be received.