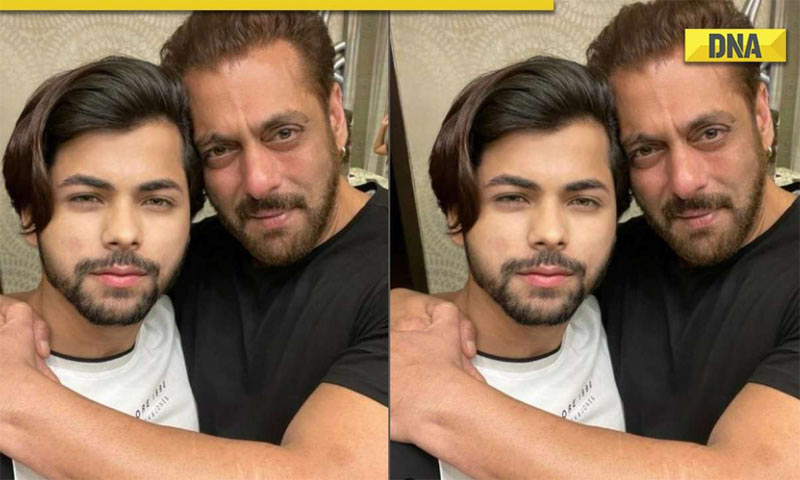 Siddharth Nigam took to his Instagram handle and shared a selfie with superstar Salman Khan. In the picture, Siddharth donned a white t-shirt while Salman wore a black t-shirt with an earring in his left ear. Sharing the post, he wrote, "After a looooonggg time. With the One n only @beingsalmankhan sir #salmankhan #siddharthnigam."

As soon as he dropped a cool and happy selfie, fans speculated that these two actors would be coming together in Salman's upcoming film. A fan wrote, "Really can't wait". Another fan commented, "CANT WAIT FOR #KEKD"

Kabhi Eid Kabhi Diwali is helmed by Farhad Samji and the title was initially announced by Salman back in 2022. However, earlier this month, several media reports claimed that Kabhi Eid Kabhi Diwali has been rechristened Bhaijaan, which was the original title of the film. Reports claimed that after the film's production was taken over by the superstar, Bhaijaan himself have been finalising changes to the upcoming movie. Earlier, the film was being bankrolled by Sajid Nadiadwala.

As per a Bollywood Hungama report, an insider was quoted telling the publication, "Kabhi Eid Kabhi Diwali started shooting on Salman's farm on the outskirts of Mumbai last month, and now the title has been changed to a shorter Bhaijaan. The reason behind this is the fact that, Bhaijaan is the affectionate name fans use for Salman. In fact, Bhaijaan was the title Salman wanted for this particular project, a family saga of a patriarchal family where the eldest son lords over the rest of the family." Further talking about the reason why the film's title has undergone change, the source said, "Salman's role in the film is similar to the one he plays in real life in his own family. Salman Khan, in all his wisdom, has decided to eponymously name the film after his own character."

As for the film's current cast, the Salman Khan starrer now features Shehnaaz Gill who will make her Bollywood debut, Pooja Hegde, Raghav Juyal, Jassie Gill and Siddharth Nigam. The film is scheduled to release on December 30, 2022.