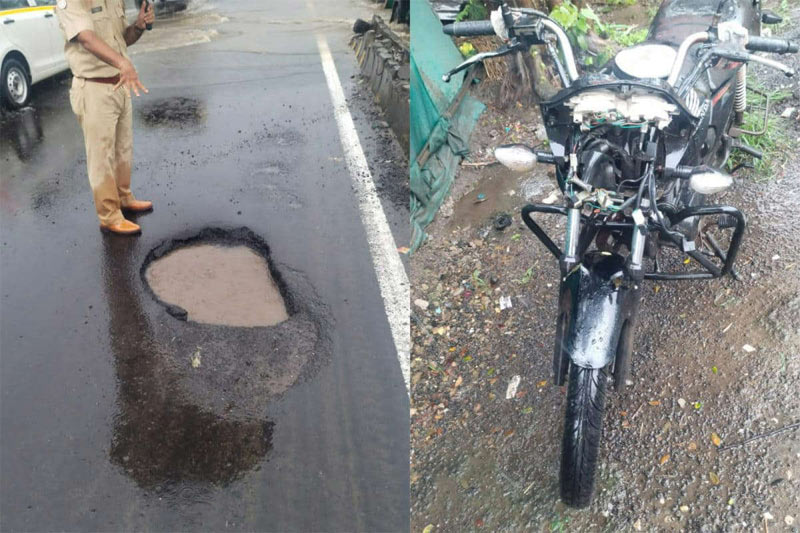 Mumbai and its adjoining areas received heavy rain on Tuesday that led to waterlogging at a number of places, including railway tracks, which slowed the movement of trains and vehicles on roads.

Normal life was hit in the metropolis and no immediate respite was in sight as the India Meteorological Department (IMD) has predicted moderate to heavy rain in Mumbai and its suburbs today as well, with a possibility of very heavy showers at isolated places, said civic officials.

In Delhi, meanwhile, sultry conditions prevailed with the city receiving ‘very light’ rainfall for the past few days after recording very heavy’ rainfall of 117.2mm on the first day of monsoon few days ago.

While the IMD said showers are expected for the next seven days, intense rain activity is likely on Thursday. The met department has issued an ‘orange’ alert for Thursday with prediction of ‘moderate’ rain.

Going to the South, the IMD has issued an orange alert in six districts in Kerala for rainfall. The orange alert has been issued for Idukki, Thrissur, Malappuram, Kozhikode, Kannur and Kasaragod districts.

On the other hand, holiday has been declared for all Anganwadi Centres, schools, PU and degree colleges in the Dakshina Kannada district today due to heavy rainfall. An orange alert has also been issued in coastal areas of Karnataka.