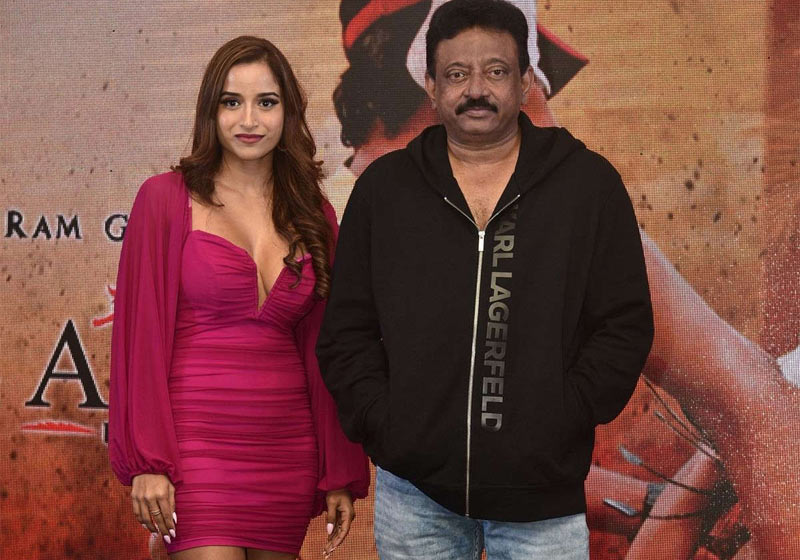 Ram Gopal Varma is back with a new movie titled 'Ladki: Dragon Girl'. Starring martial artist-turned-actor Pooja Bhalekar, the movie is releasing on July 15. It is one of Ram Gopal Varma's ambitious projects, which features a few Chinese actors. The Chinese version will release in over 40,000 screens in China. The film is also releasing in Andhra Pradesh and Telangana in Telugu apart from Tamil, Malayalam and Kannada.

What inspired you to make an action film?

Several filmmakers today may have been influenced by filmmakers of the 50s and the 60s, but I was always influenced by Bruce Lee. My film, Siva, was inspired by Bruce Lee's Enter the Dragon. However, I tweaked the scenes to make them suit the Indian setting. Though Nagarjuna was not a martial artiste, unlike Bruce Lee. I adopted the technique of shooting action largely from what I studied and understood from Bruce Lee's films and some of my real-life encounters. Since then it was playing on my mind and I wanted to make a martial art film. This is what influenced me.

How did the idea of casting a martial artist as a protagonist come to your mind?I thought it is difficult to cast a man who will make an impact like Bruce Lee. So, why not a woman? I started hunting for my female protagonist in martial arts school. I needed a martial artist to suit the script and the character. I had given up. However, once during a conversation, a person mentioned Pooja to me. I was simply blown when she demonstrated a few things. That was the deciding factor to cast her. It was a long process after that since I was particular about the Bruce Lee style. I wanted real action sequences without the use of wires. Something that only Pooja could do. And, I was in shock at the way Pooja pulled off the action scenes.

Who designed the fight sequences in the film?All the fight sequences in the film are designed by Pooja. She has the skills and is passionate about movies. After we did test shoots and sent the footage to China, they were zapped and wanted to co-produce the film. Hence, it became an Indo-China project. It’s releasing in China and is partnered by big people. Basically, a group of Bruce Lee fans have come together to make this film.

Can we expect a sequel then?Yes, I have worked on the script. Within a few months, we will start working on it. A lot also depends on how this movie fares. Only then I will issue a statement on how a woman can be shown in a movie. Ladki 2 will be a testimony to that.

Another sports film starring Taapsee Pannu is releasing on the same day. What would you say?The good part for me is both are women-centric films. Taapsee’s film is on cricket and Ladki is on martial arts. I like martial arts more than cricket, but as a filmmaker, I like both films.

Pooja Bhalekar talks about her debut Talking about her character from the film, Pooja says, “It was a huge responsibility for me to play Pooja Karnik. RGV sir and I are huge fans of Bruce Lee. We are trying to portray what sir feels about him. I prepared for three years for the role. However, I would be happy even if I have performed just 10 per cent of what Bruce Lee did.”

For Pooja, it wasn't just preparing for the role, but also about changing herself. “I was a total tomboy before I met sir. I was not so confident when I performed in front of sir. However, when we started working on the film, I knew I had to look a certain way, wear a certain type of clothes and carry a certain demeanour. I started working on that. I changed my dressing style and went from being a sportswoman to a heroine. It took me a long time but I worked hard on my body. I am proud of what I have achieved. Through the film, we also want to tell women that irrespective of what clothes you wear, you should be able to protect yourself in an unpleasant scenario.”