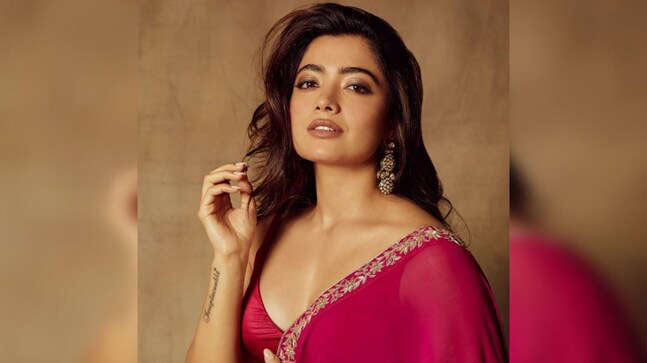 Rashmika Mandanna's fame rose skyhigh after Allu Arjun's Pushpa: The Rise hit the theatres. The actress played the role of Srivalli in Sukumar's directorial venture. But, did you know that Rashmika's performance in Pushpa helped her land a role in Ranbir Kapoor's Animal, directed by Sandeep Reddy Vanga? Rashmika is over the moon with the kind of films that she is signing.

Rashmika Mandanna will make her Bollywood debut this year. Her film, Mission Majnu, with Sidharth Malhotra was supposed to release on June 10, but has now been postponed for unknown reasons.

The Dear Comrade actress has some promising Hindi films in her kitty, which includes Ranbir Kapoor's Animal. It has now been revealed that Rashmika's performance in Pushpa helped her land a role in Sandeep Reddy Vanga's Animal.

Talking about the same, Rashmika said, "The makers of Animal approached me for the film after they saw my performance in Pushpa. I did not think twice before saying yes to the film because I was confident that the audience would get to enjoy a new side of me."