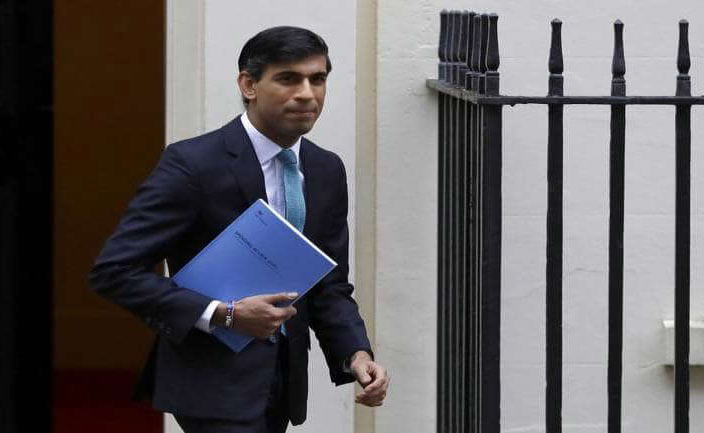 British Prime Minister Boris Johnson was battling to save his premiership on Tuesday night after two of his most senior Cabinet ministers - Rishi Sunak and Sajid Javid - resigned within 10 minutes of each other.

Sunak, the Chancellor, and Javid, the Health Secretary, published letters on their Twitter accounts explaining why they could not remain in their posts.

In his resignation letter, the Indian-origin former UK Chancellor revealed splits on economic policy and hinted that he believed the UK PM's plans to both raise spending and cut taxes were unrealistic. “Our people know if something is too good to be true then it’s not true,” he said.

The public rightly expect government to be conducted properly, competently and seriously.

I recognise this may be my last ministerial job, but I believe these standards are worth fighting for and that is why I am resigning.

My letter to the Prime Minister below. pic.twitter.com/vZ1APB1ik1

“To leave ministerial office is a serious matter at any time. For me to step down as Chancellor while the world is suffering the economic consequences of the pandemic, the war in Ukraine and other serious challenges is a decision that I have not taken lightly,'' he added.

It came minutes after Javid, in his letter, said the British people expected “integrity” and criticised the lack of “humility” and “grip” in Downing Street as he withdrew his confidence in Johnson.

Javid also said many lawmakers and the public had lost confidence in Johnson's ability to govern in the national interest.

Sunak and Johnson have been at loggerheads over the economic policy for months, as Sunak has resisted demands from Johnson for cut to corporation tax.

Both Sunak and Javid had earlier publicly supported Johnson during previous scandals that had raised questions over the administration's conduct, including a report into parties at the prime minister's Downing Street office and residence which broke strict Covid-19 lockdown rules.

The British PM scrambled to fill the gaps on the front bench even as further resignations from government positions were announced, according to British daily The Telegraph.

Nadhim Zahawi, the Education Secretary, was named as the new Chancellor, while Steve Barclay was announced as the new Health Secretary.