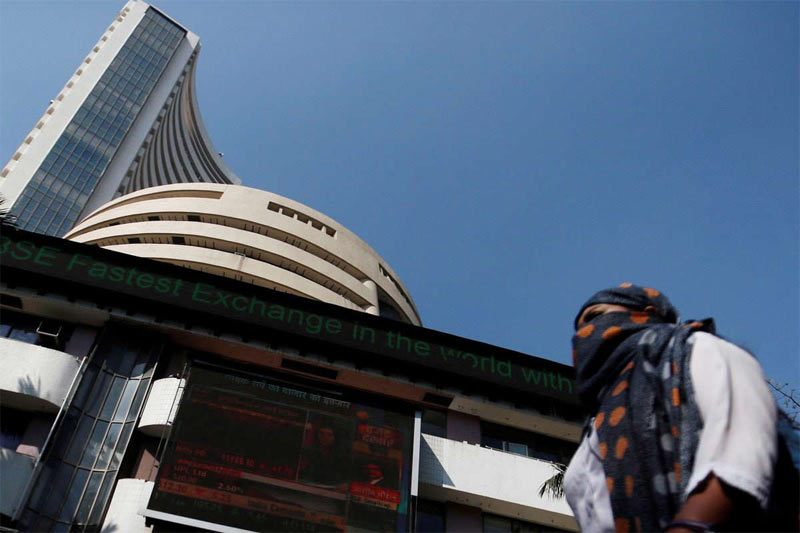 On the downside, ONGC, Hindalco, Tata Steel, JSW Steel, Coal India, Nestle, PowerGrid, and NTPC were the top losers across the two benchmarks.

The broader markets also opened in green. The BSE MidCap and SmallCap indices were up to 0.4 per cent higher.

Nifty metals that slumped over 1.6 per cent and oil & gas indices were the only underperformers. Realty, financials, auto and banks were the top indices leading the upmove.

Among stocks, Concor rose over 3 per cent after reports said that the Union Cabinet may take up land lease policy today, and reduce licensing fees.

Refiners MRPL and Chennai Petro shed over 5 per cent each after a nearly 10 per cent slump in crude oil prices Tuesday.

VK Vijayakumar, Chief Investment Strategist at Geojit Financial Services, said: “There are lots of signals from markets: Brent crude crashed to near $100 a barrel, dollar index rose above 106, rupee again depreciated to an all-time low, euro is at 20-year low to the dollar and, perhaps most importantly from Indian market perspective, FIIs turned buyers after a long gap. While crude crash along with corrections in other commodities like metals is a bearish signal indicating increasing possibility of recession in the US, commodity crash is positive for the Indian economy and FIIs turning buyers is a bullish signal for Indian equity market. It is important to watch whether these signals are one-offs or will they sustain. With valuations reaching fair levels, investors can buy high-quality stocks in a calibrated manner. Stocks that FPIs sell like financials and IT are good segments to bet on now.”

Asian stocks slipped and the dollar stood by a two-decade high on the euro on Wednesday as investors’ fears deepened that the continent is leading the world into recession, while oil and European equity futures attempted to steady after a slide.