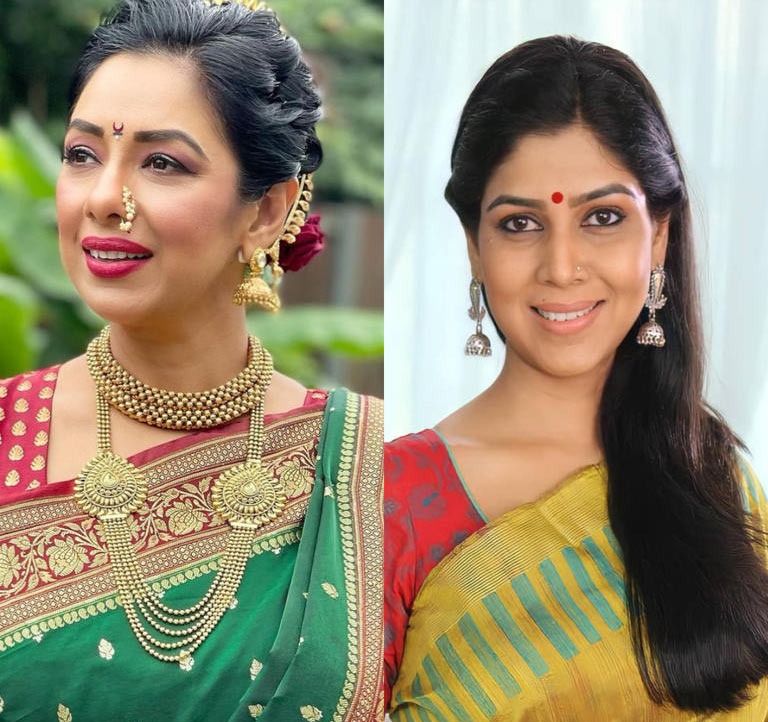 Rupali Ganguly is one of the most popular actresses in the telly world, who has been winning hearts with her fabulous performances. The actress came to the limelight with her role of Monisha in the popular sitcom Sarabhai vs Sarabhai. Her role became iconic and people still remember her from the show. She is presently proving her mettle in acting with her show Anupamaa. But apart from these prominent roles, she has also worked in other shows like Sanjivani, Ek Packet Umeed and Parvarrish Kuchh Khattee Kuchh Meethi, etc. But very few people know that Rupali Ganguly was also part of the Kahaani Ghar Ghar Kii?

Yes, you read it right, Rupali Ganguly was part of Kahaani Ghar Ghar Kii, where she played the role of Sakshi Tanwar’s daughter. Her character was Parvati and Om’s daughter, Gayatri in the show. She was not the main character; she shared a strong bond with the show’s main lead – Sakshi Tanwar’s Parvati and Kiran Karmarkar’s Om Agarwal.

In this promo, we see Sakshi Tanwar’s Parvati and Rupali Ganguly’s Gayatri in the hospital, where the latter is accusing her ‘mother’ of being a liar. It is during this conversation that a bomb revelation is made – she is the protagonist’s daughter. While she is left stunned on hearing this news and receiving a slap from one of her aunts for bad-mouthing Parvati, the scene was filled with loads of emotions.

Interestingly, while Rupali Ganguly impresses all with the TRP-topping show Anupamaa, reports claim the role was initially offered to Sakshi Tanwar, but because of the web series and Bollywood projects coming her way, she rejected it.