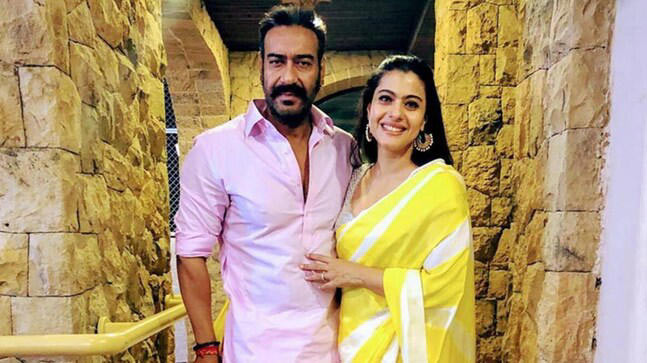 Kajol turns 48 years old today, August 5, and social media is flooded with sweet birthday wishes for her. However, the most special wish came from her husband, Ajay Devgn. Ajay took to his social media platforms to wish Kajol with a quirky video. He shared a video where he shows how every time Kajol calls him, he never fails to answer it. He also shared glimpses of the actress looking stunning in a red dress.

Ajay Devgn took to his social media handle to share a sweet birthday post for his wife Kajol. He also posted a video. Fans are in awe of the power couple. In the video, Ajay is seen swiping his screen to pick up Kajol's call, following which the video cuts to gorgeous pictures of the actress wearing a ravishing red dress. He captioned his post, "When she calls, I never fail to pick up. Happy birthday dearest @kajol (sic)."

Ajay and Kajol are one of the most loved couples of Bollywood. The two first met when they were shooting Hulchul in 1995. The couple tied the knot in 1999. They are parents to two children, daughter Nysa and son Yug. Kajol and Ajay have worked together in several films which include, Gundaraj, Ishq, Raju Chacha, Pyar to Hona Hi Tha, Dil Kya Kare and others. They were last seen together in Tanhaji: The Unsung Warrior.