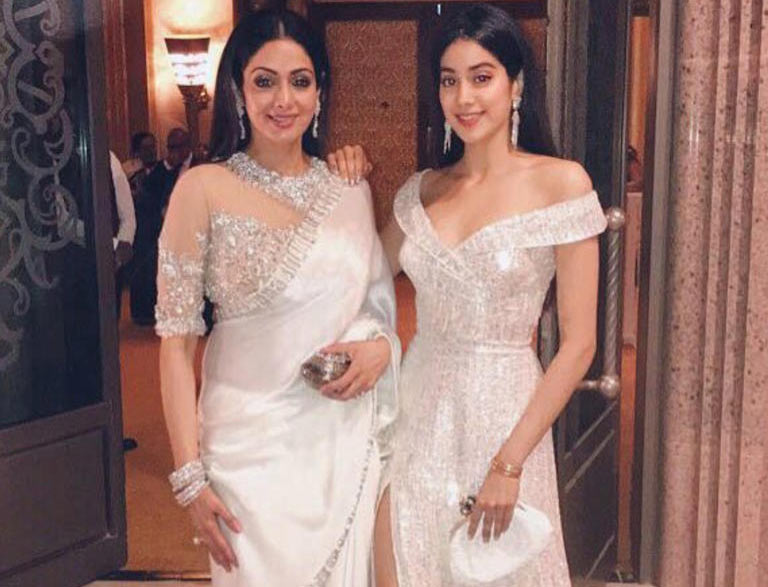 Janhvi Kapoor is on cloud nine after her film Good Luck Jerry opened to great reviews after release and her performance was loved. Many of her fans often compared her subtle look in the film with her late mother Sridevi. Now, in a recent chat, Janhvi spoke about dealing with the loss of her mom Sridevi and revealed what kept her and dad Boney Kapoor going after losing her. Sridevi breathed her last in 2018 in Dubai and it left everyone in a state of grief and shock.

Janhvi Kapoor reveals what kept her going after losing Sridevi

Sridevi, one of the most renowned female superstars of Indian cinema, left for her heavenly abode back in February 2018. Her sudden demise left her daughters Janhvi Kapoor, Khushi and husband Boney Kapoor in shock along with other family members. Back then, Janhvi was gearing up for the release of her film Dhadak when the news of her mom's demise came in. Now, in a recent chat with The Beer Biceps, Janhvi revealed what kept her going after losing her mom Sridevi. She revealed that it was her dad and her common love for films that kept them going after mom Sridevi's demise.

While talking about how her family loves films and what she learned on her mom Sridevi's film set, Janhvi said, "After losing mom, the only thing that's kept me going and my dad going I think, apart from the love and support from family, is our love for films. Honestly, I don't think I'd have the will to go through it if I didn't love what I do so much, in a way that's almost selfish. I love it so much that...It's almost keeping me alive."

Currently enjoying the success of Good Luck Jerry, Janhvi is also happy about completing Bawaal shooting schedule. Recently, she and Varun Dhawan shared several photos from their international shoot schedule for Bawaal and called it a wrap. The film is directed by Nitesh Tiwari and backed by Sajid Nadiadwala. Besides this, Janhvi also has Mili with producer-dad Boney Kapoor.