Harnaaz Sandhu Opens Up On Weight Gain, Says 'I Broke Down Many Times' 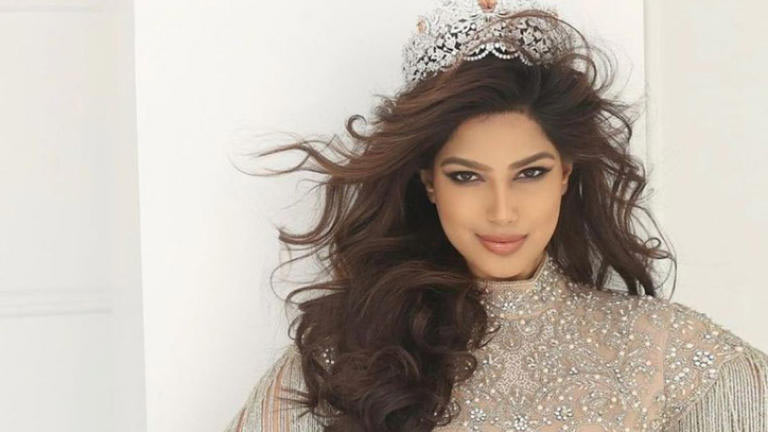 Harnaaz Sandhu made the entire nation proud when she won the Miss Universe 2021 pageant. Earlier this year, Sandhu made a stunning appearance at the FDCI x Lakme Fashion Week. However, the model gained a bit of weight because of which she was brutally trolled by netizens. Now, Harnaaz has opened up about the struggles she faced after gaining weight.

Back in the month of April, the model opened up about the condition she is suffering through. Harnaaz revealed that she has also been diagnosed with celiac disease, due to which she can't eat wheat flour and many other things. Further, she expressed that people's opinions made her feel bullied.

"Physically I have kind of grown, got more pounds and increased my weight, which I am totally comfortable about right now. I was bullied for gaining weight." Harnaaz also discussed the reasons behind her sudden weight gain after she won the pageant, and revealed, "I was really focused towards my goal (during the competition), and I was [not] thinking about my health. The whole time we were working out, doing so many activities, and just after winning, I had almost a month just to relax. During that time, I actually didn't work out, and I was just eating and just enjoying that time with my family. I never realised that it would start showing on my body," Harnaaz was quoted by People Magazine.

During the conversation with the magazine, the model said that people's opinions about herself affected her in many ways, and there was plenty of time when she broke due to weight gain.

"I definitely broke down so many times. Sometimes in the most unexpected times. I'm just about to go on stage or something, and this whole thing comes to my mind. It's really sad," Harnaaz added.

Sharing the experience further, Harnaaz said, as she gained a few extra pounds she started feeling sick, after which she went to see a doctor, and there she was diagnosed with allergies she never knew she had.

Meanwhile, on Harnaaz's work front, the model will soon make her debut in the entertainment industry as she will soon appear in the Punjabi film Bai Ji Kuttange. Currently, the model has landed herself in legal trouble as her co-star Upasana Singh has sued her for breaching her contract for the film's promotions.