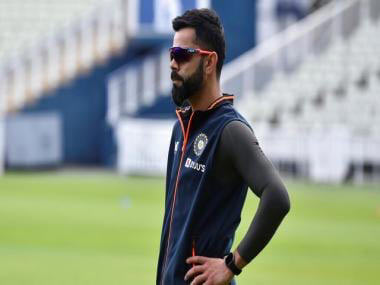 Former India captain and BCCI president Sourav Ganguly is hopeful that Virat Kohli will find form in the upcoming Asia Cup. Kohli has been going through a prolonged dip in batting form with his last century coming in 2019 against Bangladesh.

Kohli last played for India in July in England and was given a complete rest during the tour of the West Indies. He had scored 76 runs in six innings across different formats on the tour of England. Kohli is also set to miss the ODI series against Zimbabwe but will be back with the team for the Asia Cup with India starting their campaign against Pakistan on 28 August.

Reflecting on Kohli's poor form, Ganguly said Kohli is a "big player" and should soon rediscover his batting touch.

“Let him practice, let him play matches. He is a big player and has scored plenty of runs. I am hopeful that he will make a comeback. He is just not being able to score a century and I believe he will find his form in the Asia Cup,” Ganguly said on Sports Tak.

Ganguly also reacted to the rumours that he could be the next president of the International Cricket Council (ICC).