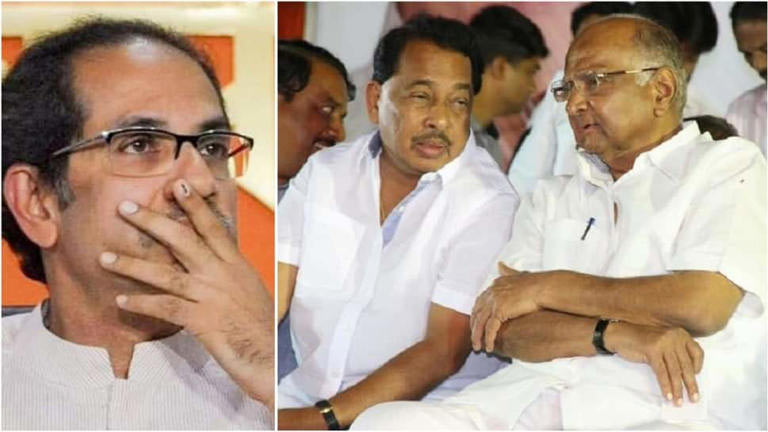 Maharashtra Politics: With the Vedanta-Foxconn project moving out of the state, a good deal of tension is being seen between the ruling party and the opposition. As this project has gone from Maharashtra to Gujarat, the opposition has started criticizing the BJP. However, it is also being alleged that the ruling party allowed the project to go to Gujarat to please Prime Minister Narendra Modi. After NCP President Sharad Pawar targeted the state government in this regard in a press conference held in Pune this morning, Union Minister Narayan Rane has now responded to it.

Sharad Pawar, speaking in a press conference, claimed that there is no favorable environment for industries in the state. "This project was supposed to come to Talegaon. It was discussed. But later, this changed. I don't see any alternative to it now. Some people said that this decision should be changed and brought to Maharashtra. This will not happen. This should not have happened. The project should not have gone out of Maharashtra. But it went out. There is no point in discussing it now", said Sharad Pawar.

Referring to the same statement of Sharad Pawar, Narayan Rane has replied to him. "In two and a half years, Sharad Pawar's three-party rule did not have a conducive environment for industry. So there is no point in wringing your hands now that the industry is gone. We will see what is to be done now. We are capable", said Rane.

Rane further added, "He was Chief Minister four times. After that, was there an industrial revolution in Maharashtra? Why was his chief minister sitting in Matoshree for two and a half years? Don't brag too much. Shut up, we are capable of managing the state and making industrial progress", said Narayan Rane. The Union Minister of Micro, Small and Medium Enterprises also alleges that Uddhav Thackeray stayed at Matoshree for two and a half years and ran the government from there. He claims, "These industries have gone because of compromise. Industries have gone because Uddhav Thackeray made compromises for personal gains."