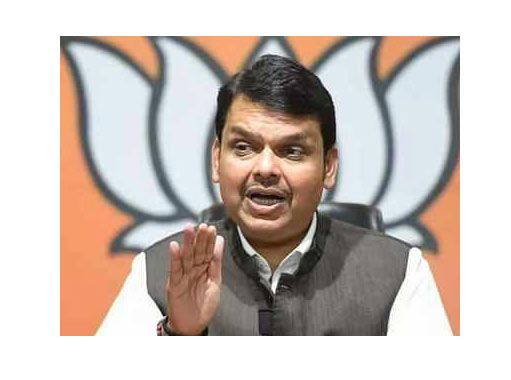 The Congress on Sunday targeted Maharashtra Deputy Chief Minister Devendra Fadnavis over the shifting of the Vedanta-Foxconn semiconductor project to Gujarat.

State unit president Nana Patole alleged that water meant for the state had also been diverted to the neighbouring state when Fadnavis was the chief minister (2014 to 2019).

Speaking to reporters in Nashik, Patole said the Congress will contest the upcoming elections to municipal corporations in the state on its strength.

The Congress is a constituent of the Maha Vikas Aghadi (MVA) along with the Nationalist Congress Party (NCP) and Shiv Sena.

"After coming to power in Maharashtra, the ED (Eknath Shinde-Devendra Fadnavis) government stopped the scholarship of OBC students. We do not accept the Banthia Committee's report regarding the OBC community. The Centre should conduct a caste-wise census," Patole demanded.

He alleged that projects like Vedanta-Foxconn were sent to Gujarat by the incumbent government in Maharashtra.

"Fadnavis was the chief minister of Maharashtra from 2014 to 2019. During that period, Maharashtra's water was diverted to Gujarat. Now during his tenure (as the Deputy CM), a big project like Vedanta went to Gujarat. We believe that industries from Maharashtra should remain in the state and not go elsewhere," Patole said.

He was in Nashik to attend a meeting of office-bearers of the Other Backward Classes (OBC) cell of Congress and the party workers from north Maharashtra. "The E-D government is an anti-democracy government and it will not last long. The people are witnessing everything whether the state is making progress or regressing. The Congress is fighting for the people and it wants power for people," he said.

Patole said the BJP is raising various allegations about Rahul Gandhi's 'Bharat Jodo' yatra but it is getting an overwhelming response, which is a sign that the scenario in the country is changing.

Speaking about the Congress's decision to go solo in the upcoming elections to civic bodies, Patole said it was the demand of the party workers.

In Pune, the city unit of Congress announced that it will contest the upcoming municipal corporation elections on its strength.

A meeting of the party's Pune city district committee was held at Congress Bhavan on Sunday.

Civic bodies of Mumbai, Pune, Nashik and several other districts are slated to go to polls in the coming months.