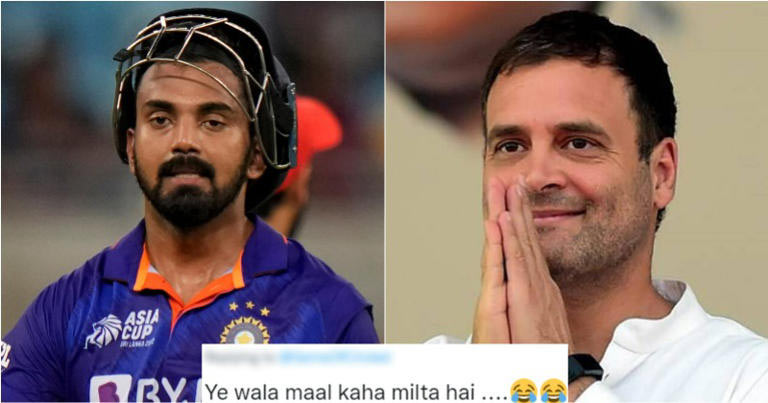 After Virat Kohli’s 71st international century against Afghanistan in the Asia Cup, there has a lot of talk around Team India’s possible opening combination heading into the 2022 T20 World Cup.

This debate was fueled by the comments made by some of the former cricketers, who opined that given his form, Kohli was the right choice to open the batting for India.

Ahead of the three-match T20I series against Australia, India captain Rohit Sharma made it clear that the people on the outside might have their doubts but the team management has full faith in KL Rahul’s abilities and will continue to back him as India’s first-choice opener alongside him, while Kohli will be the designated third-opener.

A video has gone viral on the micro-blogging site where a news anchor while reading a news bulletin made a massive goof up which fuelled a laugh riot on social media.

While reading out from the teleprompter, the journalist mistakenly read Congress leader Rahul Gandhi instead of the Indian cricketer.

“Team India captain has said Rahul Gandhi will open at the T20 World Cup. Virat Kohli may also have to open in several matches,” the journo said.

People, who are always on the lookout for such snackable content on social media, used their wit and humour to troll the journalist for human error. “Ye maal kaha se milega? (Where will I get this stuff from),” wrote one fan.

Not just the journalist, a few fans of the Indian cricket team mercilessly trolled KL Rahul saying that the team would be better off if his namesake opened the innings alongside skipper Rohit Sharma.

Making a comeback after undergoing surgery is not easy for any professional athlete. No matter how good a player is, they all need some time to regain their old form.

The 30-year-old has played only two series since making his comeback following a long injury layoff, which kept him out of action for over two months.

Let’s give him some time before passing any judgements about him or demanding his exit from the starting line-up.