'BCCI President Is Doing It': Gambhir Blames Ganguly For Being Bad Influence In Cricket 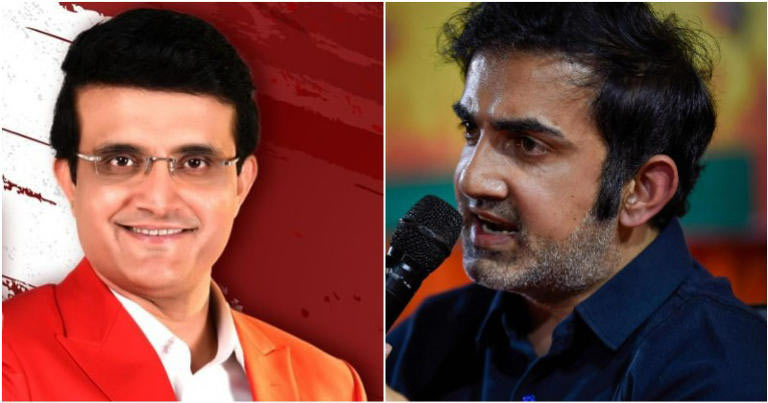 Gautam Gambhir was in no mood to mince his words as he gave his opinion about fantasy sports in cricket. In a chat with The Indian Express, the former Indian cricketer lashed out at the increase of surrogate advertising in Indian sports.

There has been a sudden rise in the advertising of fantasy leagues that are being promoted by some of the big names in the world of sports.

Talking about cricket, Dream 11, a fantasy sports application, is a major sponsor for the Board of Control for Cricket in India (BCCI).

Similar fantasy sports apps have made their way into the cricketing world and now dominate the sponsorship thanks to their craze among the fans.

Gambhir defended the current lot of cricketers who are seen promoting these fantasy leagues by targeting BCCI president Sourav Ganguly.

Ganguly himself is one of the brand ambassadors of a sporting fantasy app called My11Circle. Gambhir said that if the BCCI president is promoting it, no one can expect other players not to do the same.

Gambhir further added that he has always been against advertising of alcohol, tobacco or online betting websites, adding that it is a collective responsibility to not promote these products in the country.

“I personally do not believe in all that. I was always against people endorsing alcohol, tobacco and even for that matter, even this (online betting). I don’t like that because it is a collective responsibility to see what should and should not be promoted in India, especially from the youngsters’ point of view.”