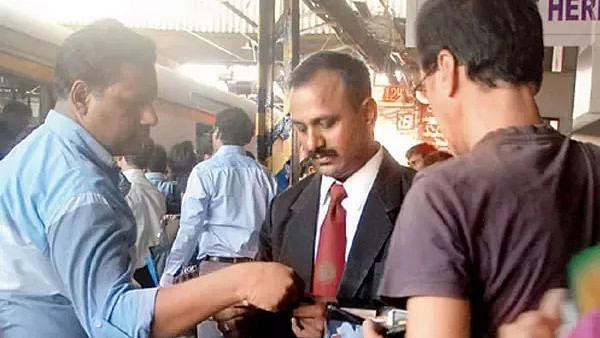 The western railway's special squad apprehended a citizen who had allegedly been travelling without a ticket for 23 years and, when asked, used to avoid ticket checking by claiming to be "railway staff." During the interrogation, it was found that he was not the staff but the railway contractor.

The squad has identified him as Paresh Arvindbhai Patel.

The ticket examiner of the special squad of Western Railway, Abdul Aziz Abdul Hamid, held him during the special drive against the ticketless passengers at Churchgate railway station.

When the ticket examiner inquired about his tickets, Patel stated that he was from the railway staff. The TC demanded an identity card, on which Patel represented the one he made in the year 2000. The identity card was torn and unrecognizable. The TC became more doubtful after that, and he asked for "grade pay’, which Paresh could not answer. When the squad began interrogating him, he admitted that he was not the employee but the contractor.

The railways have confirmed that a surprise check was conducted by the team on a suburban local train between Churchgate and Mumbai Central on September 14.

During the check, one passenger named Paresh Arvindbhai Patel was found travelling in a first class coach. When he was asked to show the ticket, he produced an old railway ID card No. 261950 stating that he was a clerk in the IOW office at Kalol, Gujarat. When further questioned, he accepted that he was not a railway employee. He was handed over to GRP CCG and an FIR was registered under section 154Cr.P.C No.0264 with IPC sections 420, 171, 465, 137, and 471 against him.

Railway police have confirmed booking a case against Patel.