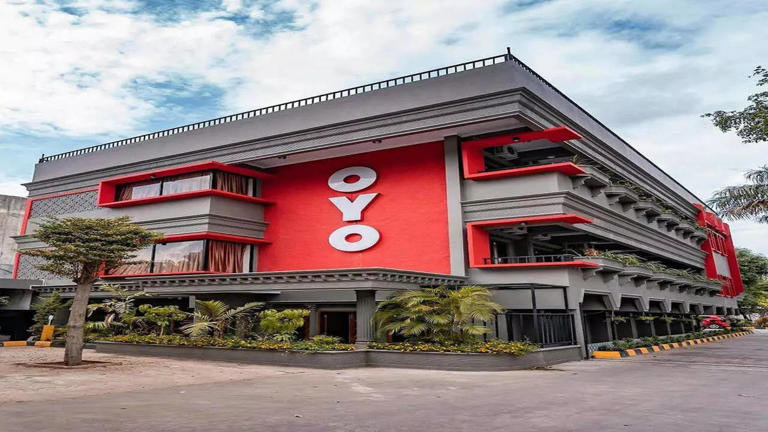 Ritesh Agarwal-led online hotel booking company Oyo on Thursday said that there is no rational basis for a markdown after its largest investor SoftBank slashed the company’s internal valuation. The reduction of the hospitality startup’s valuation to $2.7 billion comes ahead of Oyo’s planned IPO.

The company recently filed fresh papers with the capital markets regulator SEBI. The online hotel aggregator posted revenue from operations of Rs 1,459.3 crore in first quarter of FY23 and loss for the quarter from continuing operations at Rs 414 crore, according to an addendum filed with SEBI.

Softbank’s latest valuation of Oyo – as of June quarter – is based on comparison to similar firms in the public markets, people aware of the matter told Economic Times. The latest cut is an over 20 per cent decline from the earlier valuation of about $3.4 billion. The Japanese investor’s internal valuation estimates are not made public.

Meanwhile, Oyo exuded confidence that speculations about valuation markdown in the media are patently incorrect. “Valuation is an outcome of business performance. As per our latest audited results, the company is improving in all key metrics from revenue to EBITDA profits. Hence, there is no rational basis for a markdown," it said.

As per our latest audited results, we have clocked Rs 7 crore of maiden adjusted Ebitda profit in the June quarter, at 41 per cent gross profit margin and a 45 per cent increase in gross booking value per hotel per month vs last financial year, the company said.

Oyo may settle for a valuation of around $5 billion in its IPO after it receives Sebi’s clearance, according to sources. Commenting on their IPO, an Oyo spokesperson said, “We have not decided the exact timing for the IPO and the IPO valuation is also highly speculative.”

SoftBank, listed as a promoter of Oyo, has a stockholding of over 46 per cent, as per draft IPO papers filed with SEBI last October. Besides SoftBank, Oyo’s founder Ritesh Agarwal is a promoter of the company with a stake of around 33 per cent. Both of them will continue to be promoters after the listing, as per Oyo’s draft red herring prospectus (DRHP).