Mumbai: Thackeray faction ready with Plan B if Shiv Sena symbol is frozen or loses to Shinde camp 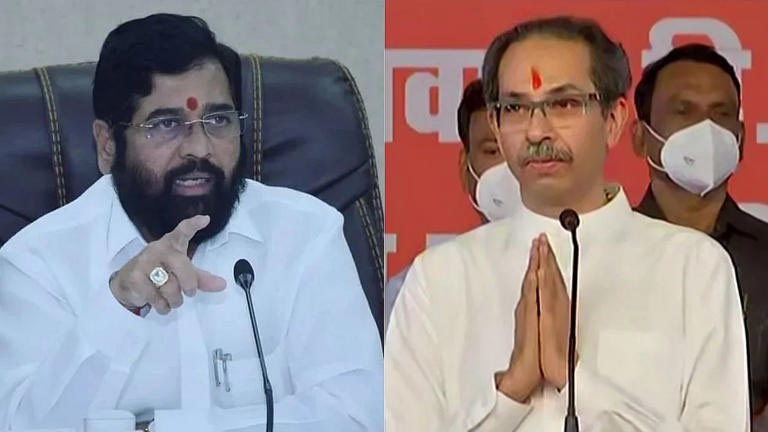 Thackeray faction, which has already announced to strongly present its case before the Election Commission, is prepared with a Plan B if it loses the poll symbol bow and arrow symbol to Shinde camp or EC freezes it in the legal battle. A senior party functionary told the Free Press Journal, ‘’The party does not want to take any chance if the EC rules against it and in favour of the Shinde camp. The Plan B is ready whereby in a bid to retain power in the cupping BrihanMumbai Municipal Corporation (BMC) elections the party will contest with a new symbol. In order to make the voters aware of the new symbol the party’s poll machinery from shakhas and vibhags will relentlessly work by stepping up the outreach with voters. As the party president Uddhav Thackeray said the Shiv Sainiks will contest the BMC elections as the first election with a resolve for victory.’’

Thackeray faction’s move is important when members of Shinde camp are claiming that they are the real Shiv Sena and the real claimant of the party symbol bow and arrow.

He said Plan B also consists of a comprehensive strategy to activate the booth-level cadre which will be assigned the job of reaching out to the voters about its programmes and policies and achievements during the party-led rule in BMC. Thackeray has increased interactive sessions with the Shakha and Vibhag Pramukhs asking them to further strengthen the party organisations to weather the present crisis.

‘’The Shiv Sainiks will recall the efforts made by the party supremo Balasaheb Thackeray to increase its presence among the Mumbaikars and how the party has played a key role to help them during all crisis be it floods, communal riots or serial bomb attacks and terror attack. The message will be that the party will revive by weathering the present crisis. The voters will be approached with an appeal to stay with it in future too,’’ he added.

Further, the Thackeray faction will launch an aggressive online and offline campaign to take the new symbol to the voters. It has already put in place a dedicated team to run a social media campaign in particular. ‘’The idea is to convince the voters that the Uddhav Thackeray-led faction is genuine while urging them not to associate with those who committed treachery for the sake of power,’’ another leader said after his meeting with Thackeray.

On top of it, the Thackeray faction proposes to aggressively play up Marathi Manoos and Hindutva cards to take on the Shinde camp and BJP in particular. It plans to make Balasaheb Thackeray’s speeches viral on social media to drive home its arguments.