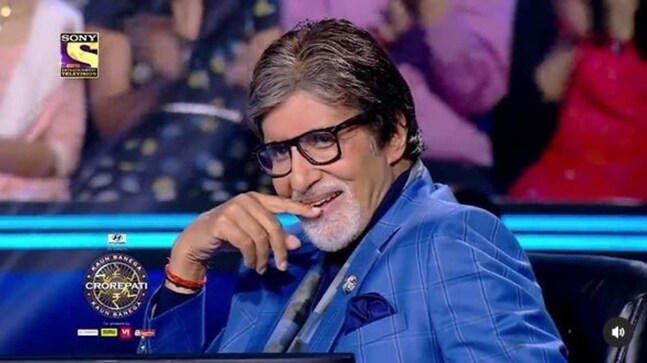 In the September 29 episode of Kaun Banega Crorepati 14, host Amitabh Bachchan played the fastest finger first round. Contestant Sneha Nair from Gujarat won the round and got the chance to sit in the hotseat alongside Big B. Sneha tells the Bollywood superstar that she works in a physical research laboratory which is unit of the department of space. She is a senior assistant in the Atmospheric Science division there. Big B looked quite impressed by this.

WHAT HAPPENED IN THE EPISODE?

Amitabh Bachchan chatted a lot with Sneha during the episode. After receiving the 3,20,000 cheque, the contestant told Big B that her state is known for three reasons - that is Garba, Gathya and Gir. She said that it's the Navratri so she would like to do a little Garba with her fellow contestant and Big B. Everyone gathered on the stage and danced to Alia Bhatt's song Dholida from Gangubai Kathiawadi. Amitabh Bachchan also grooved alongside them.

KBC 14 premiered on Sunday, August 7. The first episode witnessed Big B welcoming eminent celebrities, who took over the hotseat and played the game. Those who graced the show as special guests included Aamir Khan, sports icons like Mary Kom and Sunil Chhetri, along with India's first Blade Runner, Major DP Singh, and Mithali Madhumita, the first female officer to win the Gallantry Award.