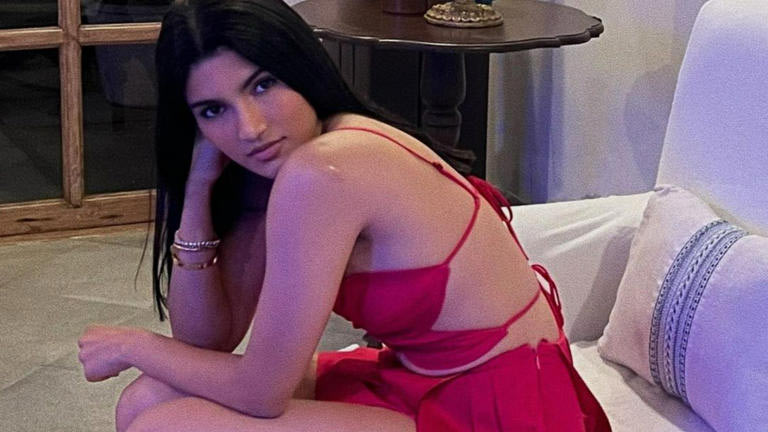 Salman Khan's niece Alizeh Agnihotri is all set to pursue her acting career in the Hindi film industry soon. According to reports, the newest Khan on the block already began working on her debut project, which will be released next year.

According to reports, Alizeh Agnihotri will be making her debut in Bollywood films with National Award-winning filmmaker Soumendra Padhi's next. Reportedly, Alizeh began shooting for her debut project this year and the will be releasing sometime in 2023.

Known for his National Award-winning film ‘Budhia Singh: Born to Run’, filmmaker Soumendra Padhi made his debut in films in the year 2016. The director also helmed the critically acclaimed OTT crime-drama series, ‘Jamtara’. The series has so far released 2 seasons.

The details about Alizeh Agnihotri’s debut film are not known and are being kept under wraps for the time being. The starkid is working hard for her debut film and is preparing to kick off her acting career in full swing.

Notably, Alizeh Agnihotri is the daughter of Salman Khan’s sister Alvira and her husband, actor and producer Atul Agnihotri. The starkid is currently 22 years old.

Alizeh Agnihotri reportedly also trained with veteran choreographer Saroj Khan. After the untimely demise of the choreographer, Alizeh took to her social media account to share an emotional note about Saroj Khan.

“Master ji was my idol. When she composed a piece for class she would close her eyes and really listen to the music, swaying her body gently as it became a vessel for whatever she was envisioning. Her age never bothered her, and her spirit never faltered”.

“When i first started training with her, i would get upset easily because i couldn’t do justice to her choreographies. i would look at her ashamed and say “i’m not like the other girls. i’m not confident”, to which she would laugh and respond “anybody can be confident. i’m teaching you how to dance,” the post further read. "Every second that I spent with her was an honour and I feel so blessed to have had that time. Thank you for everything Master ji,” read Alizeh Agnihotri’s post.