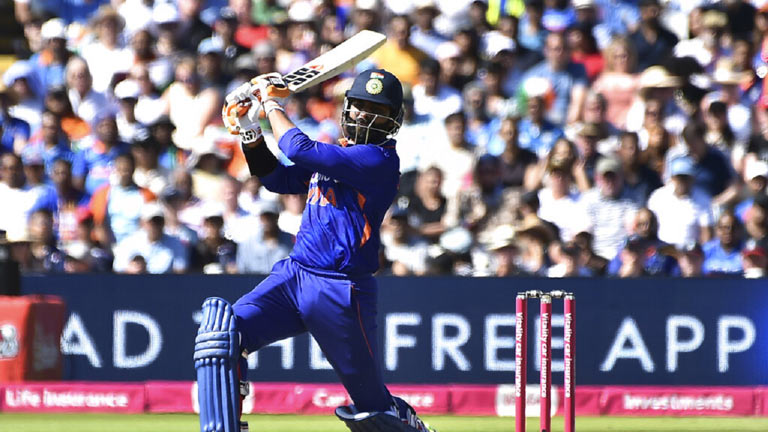 Ravindra Jadeja could be out of action for longer than expected and he is now a doubtful contender to be part of the series against Bangladesh. The start all-rounder has been out of action since Asia Cup due to a knee injury. The knee issue ruled him out of the 2022 T20 World Cup and Jadeja could miss the Bangladesh series as well.

As per ESPNcricinfo, Jadeja has been ruled out of the ODI series and he is likely to be replaced by young all-rounder Shahbaz Ahmed. Ahmed is part of the ODI squad for the series against New Zealand. But since Jadeja was named in the squad for the Bangladesh tour, he was dropped for that series.

The report suggests that Ahmed will now travel with the team to Bangladesh as well. Ahmed, who plays for Bengal in domestic cricket, had earned his maiden India call-up for the Zimbabwe tour. he replaced Washington Sundar for that series.

The left-arm spinner has played 2 ODIs so far. The youngster is in the form in the ongoing Vijay Hazare Trophy and has scored 129 runs in 4 innings. He has dismissed 11 batsmen in 6 matches. Courtesy of his performance in domestic cricket, Ahmed is likely to retain his spot.

The report in ESPNcricinfo adds that Saurabh Kumar could be added to the Test team if Jadeja isn't fit. Saurabh is a left-arm off-spinner. He had earned his maiden India call-up for the home Test series against Sri Lanka earlier this year but is uncapped.

India's tour of Bangladesh includes 3 ODIs and 2 Test matches. The ODIs will be played on December 4, 7 and 10. Following the 50-over matches, the two teams will square off in 2 Test matches starting December 14 and 22, respectively. Rohit Sharma, Virat Kohli and KL Rahul will make their returns for the series.