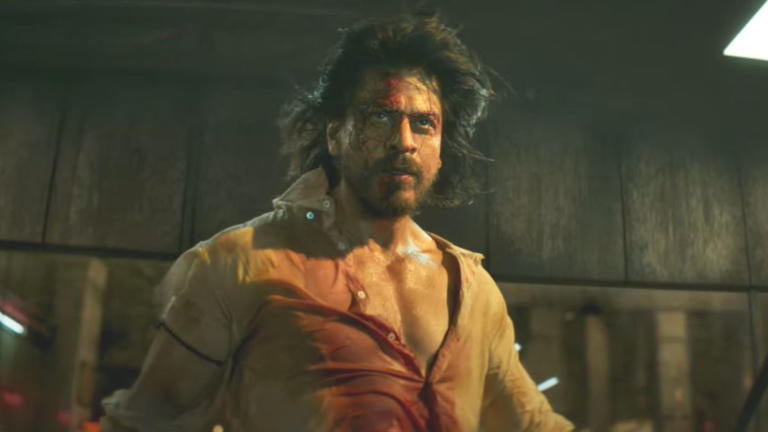 Shah Rukh Khan will make his big comeback after around four years with 'Pathaan'. The fans are excited to see their King Khan in a different avatar and the movie has become the talk of the town ever since the announcement. However, amid this praise and craze amongst the audience for the superstar's comeback, he has been subjected to several trolls as well.

For the unversed, Shah Rukh Khan criticised the growing intolerance in the country. After this statement, the actor faced massive backlash and was also trolled a lot.

Meanwhile, amid the Boycott of Bollywood trends, many fans came out in support of the actor and have shown their excitement for the film. Whereas, many fans have expressed their opinions against the Boycott trend. The hashtags like 'India awaits Pathaan' and 'We support Pathaan' started trending in support of Shah Rukh Khan.

Pathaan will release on January 25, 2023. Apart from Shah Rukh Khan, the movie also stars Deepika Padukone and John Abraham in the lead role. As per reports, the movie will release its first song soon. Shekhar Ravjiani will compose the music of Pathaan.

Meanwhile, on the work front, Shah Rukh Khan will be seen in Dunki, along with Taapsee Pannu. The actor will collaborate with Rajkumar Hirani for the first time.

He was last seen in Brahmastra as Vanar Astra and impressed the audience with his cameo role. Meanwhile, as per the reports, Shah Rukh will be seen in Salman Khan-starrer 'Tiger 3' in a cameo role and will reprise his role from Pathaan.

Shah Rukh recently wrapped up scheduled shooting for his action film Jawaan, along with Nayanthara and Vijay Sethupati. The movie will be directed by Atlee.