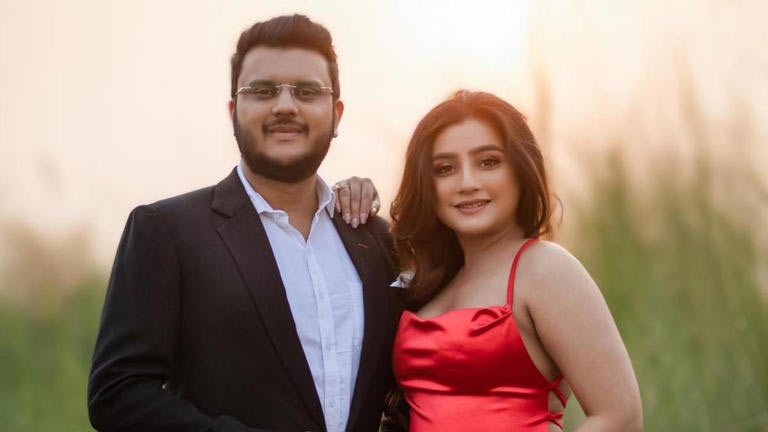 Television actress Neha Marda is on cloud nine as she is all set to embrace motherhood. The actress announced her first pregnancy after 10 years of marriage with Aayushman Agrawal. Neha, who is best known for her role in Balika Vadhu, took to Instagram to make an official announcement. Neha and Aayushman will be blessed with their first child in 2023. The actress shared an adorable photo on social media while announcing her pregnancy.

In the photo, Neha can be seen holding her baby bump. The actress wore a stunning satin red gown for the photoshoot, whereas her husband opted for a black suit. The caption to Neha's post read, "Shri Shivaya Namastubhyam Finally god has arrived in me Baby Coming soon 2023 (sic)." If you haven't seen her post yet, take a look at it right below:

Last month, Neha shut down the rumours of her pregnancy. In an interview with the Bombay Times, she said, "I am 35- years-old and since the time I was 30, I have been wanting to have a baby. But I understand that these things happen whenever they are supposed to happen. This year, however, I would want to fully focus on my mother-in-law's health, so she gets better."

ON THE WORK FRONT

Last year, the Balika Vadhu actress hit headlines for her rumoured participation in Bigg Boss 15. The actress had even confirmed that she had received an offer from the makers. However, Neha didn't end up going on the reality show, hosted by Salman Khan.

Meanwhile, we congratulate the actress as she gets ready to embark on a new phase of her life.