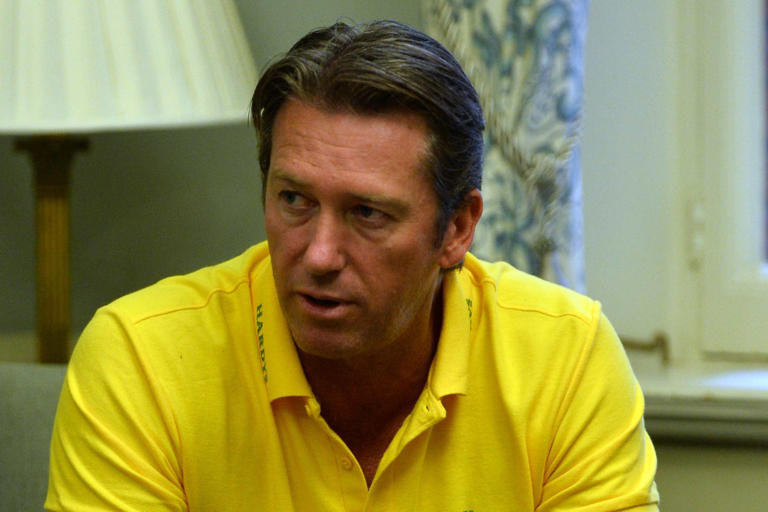 Little more than 4,000 fans trickled into the vast MCG for the last of three 50-over matches between the old rivals, leaving huge swathes of the venue completely empty.

Just nine days earlier over 80,000 attended England’s T20 World Cup win over Pakistan at the same stadium, leaving players, fans and pundits united in their criticism of the scheduling.

But McGrath, a three-time World Cup winner in ODI cricket, believes the problem runs deeper than one poorly planned series and feels serious thought has to be applied to avoid the format being squeezed out of the calendar permanently.

“It was so disappointing to see crowds like that, ODIs are really under the pump at the moment,” he told the PA news agency from his Queensland home.

“Melbourne is classed as the sporting capital of Australia, if not the world, they absolutely love their sport. So for them to turn out in the numbers they did speaks volumes about where we’re at.

“The powers that be really have to watch that they don’t put games on just for the sake of it, games that don’t count for anything. The international schedule is tough enough. I think they have to respect every series and every game, it has to mean something.

Melbourne is classed as the sporting capital of Australia, if not the world. So for them to turn out in the numbers they did speaks volumes about where we're at.

“We’ve got to protect the game. T20 cricket is always growing, it’s fast, quick and exciting and Test cricket really is the ultimate. I think those two formats will stand the test of time.

“I do hope ODI cricket carries on, I’ve got a lot of great memories of it and I would still put the ODI World Cup as more important than the T20. But the format is under the pump and we need to look at how we keep people coming to these games.”

McGrath is heading back to England next spring for a theatre tour with Test Match Special commentary partner Jonathan Agnew, paving the way for a big Ashes summer in 2023.

The 52-year-old routinely predicts 5-0 Australia wins but, while they came close to a whitewash Down Under last winter, he expects a much more competitive England side after a major overhaul under Brendon McCullum.

“I love coming to the UK, it’s always amazing how many English people come to me and say ‘I used to hate you with a passion when you played, but now you’re retired you’re OK’,” he said.

“I take that as a compliment. There’s a bit of mutual respect and fun there. I’m not sure what happened in the last Ashes but it wasn’t good. England didn’t even show up.

“But this time will be different. With Baz McCullum on board, Ben Stokes as captain and Joe Root being allowed to just go and play, they are a lot more positive.

“They back themselves really well and when it comes off it’s amazing. I think Australia could even take a leaf out of their book and just go out there backing themselves.”