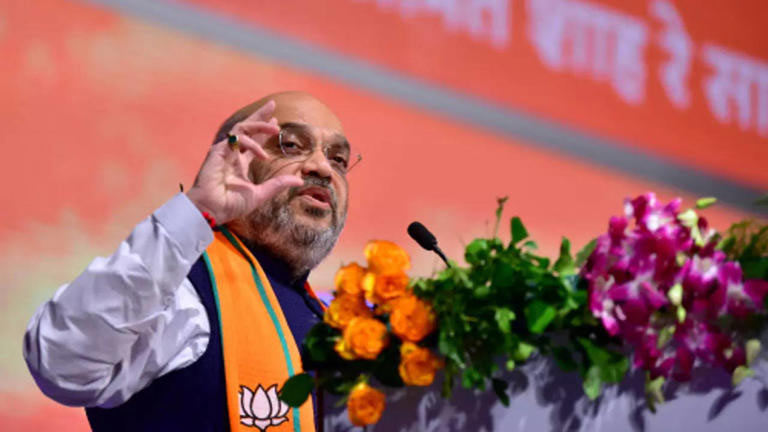 Under attack from the opposition over the violence on the Maharashtra-Karnataka border, Maharashtra CM Eknath Shinde and his deputy Devendra Fadnavis spoke to Union home minister Amit Shah over the phone on Wednesday, requesting his intervention.

“I spoke to Shah and apprised him of the situation. I said an attack on Maharashtra’s vehicles without cause was not appropriate. I also told him that I had spoken to the Karnataka CM. I asked him to clearly tell (Basavaraj) Bommai that attacks on vehicles at the border should be stopped immediately by any state,” said Fadnavis.

Shinde said he had also spoken to Bommai. “I spoke to Bommai and said there should be strong action against those who attacked the vehicles from Maharashtra. And since the border issue is in the SC, lawand order should be maintained in both states,” he said.

Confirming the conversation, Bommai tweeted, “We both agreed that there should be peace and law and order should be maintained in both states. ” However, he added, “There is no change in our stand as far as the Karnataka border is concerned. ”

Meanwhile, Maharashtra State Road Transport Corporation suspended till further notice 382 of the total 1,156 bus services to Karnataka in the wake of attack on vehicles in Belagavi a day earlier. “Our buses have not been attacked, but we can’t take any chances as there is tension in a few areas along Maharashtra-Karnataka border,” said a senior MSRTC official. The buses operate from various districts like Nanded, Osmanabad, Latur, Solapur, Sangli, Kolhapur, and Sindhudurg to Karnataka daily.