Ranbir Kapoor on his biggest flops Shamshera and Barfi, wants to direct films: ‘My biggest mistake was…’ 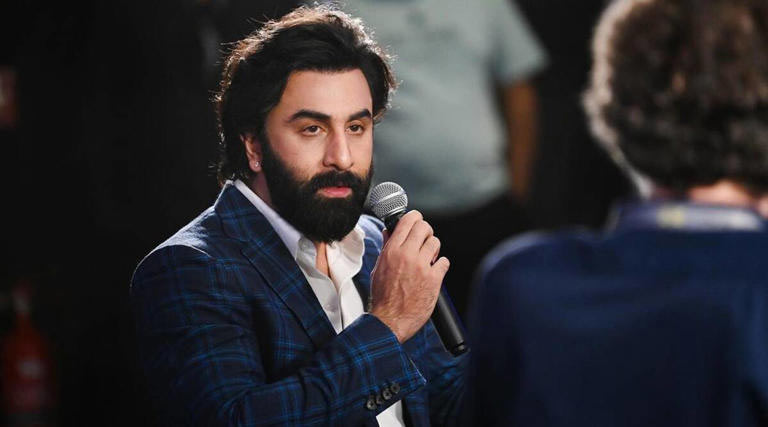 Ranbir Kapoor attended the Red Sea International Film Festival in Jeddah on Wednesday and fans cheered for the Brahmastra star as he walked in for one of the final 'In Conversation' sessions at the festival. During the session, Ranbir revealed that his long-term plan is to direct films, and act in them too.

"I've always wanted to direct and make a movie. But I’ve really not mastered the courage to write a story," he said, as reported by Deadline. "I've always waited for a story to come to me naturally. But the f**k up is that I'm not a writer, and I’m really shy when it comes to sharing my ideas with other people. But I’m working on it, and it’s something that is in my ten-year plan: To start directing movies and hopefully act in them too," he added.

Ranbir addressed the failure of his recent film Shamshera. He shared that the "biggest mistake" he made of the film was sticking on a beard. "When you’re shooting in the heat, and you stick on a beard, it’s like your face is melting," he said. Talking about the only film from his career that "hurt" him, RK mentioned that it was Anurag Basu's Jagga Jasoos. "It’s a film that I produced. It was a passion project. It was directed by Anurag Basu. It was a very heartwarming and sweet idea, but it didn’t do well, which really hurt. That’s the only film in my career that hurt me," he said.

Ranbir also spoke about the dismal state of the Hindi film box office and told Deadline that the situation has been "pretty bad these last few years." He said, "The entire culture of going to a theater for a community viewing of a movie seems like it’s dying, and it’s only there for the big ticket films, but I hope with strong storytelling, and renewed vigor, Indian cinema comes back."

When asked about the south Indian films that have taken the world by a storm, Ranbir spoke about RRR, which also stars his wife, actor Alia Bhatt. He said, "They’re doing really good storytelling. It’s not taking itself too seriously. It’s got all the songs, dances, action, friendship, and comedy. So it’s a multi-genre film, but those are hard films to make because we try to make them, and they keep failing. So we’re really proud that a film like RRR is making an impact in Hollywood."

Speaking of Hollywood, Alia is going to be making her debut in the West with Heart of Stone but Ranbir has no plans of moving to the West yet. He said, "I’d never say never, but I’m pretty content with the kind of opportunities that are coming my way in my country in my language. I do have a certain block in my head about acting in English. I’d rather act in my language because it comes naturally to me. But never say never."

In 2022, Ranbir returned to the theatres after a long gap of five years. He was seen in the box office failure Shamshera and the much hyped Brahmastra.