AR Rahman reacts to RRR song Naatu Naatu getting Oscar nomination: ‘I want them to win’ 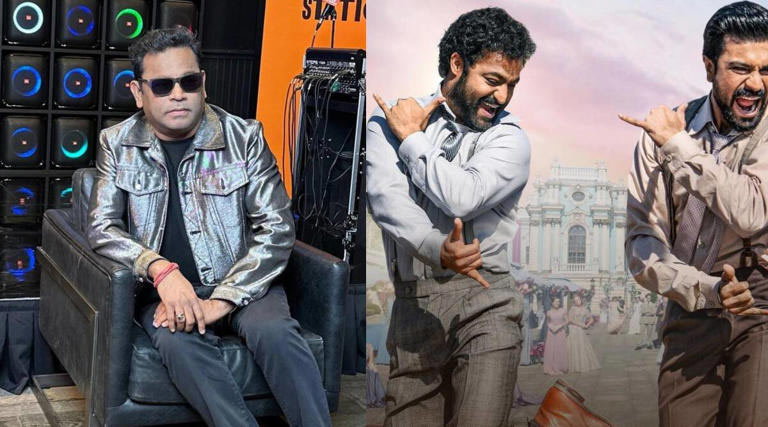 Two-time Academy Award-winning music composer AR Rahman has reacted to RRR's "Naatu Naatu" securing a nomination in the Best Original Song category. Speaking to the media in Mumbai, Rahman said that he wants the RRR team to bring home the coveted award. He added that Indian film industry should have started receiving such international recognition long ago.

"I thought it (India getting a nomination) would start ten years back. It's 12 years late. This should happen every year from India because we are a country of 1.3 billion people and there are amazing geniuses in every aspect of filmmaking. Most of the movies don't enter the competition. At least they (makers of RRR) had the thing to put it out there. If nobody knows your movie, who is going to vote for it? I wish them the very best and I want them to win," Rahman told reporters at a song launch in Mumbai.

"Naatu Naatu" is competing with four other tracks in the Best Song category: "Applause" (Tell It Like a Woman), "Hold My Hand" (Top Gun Maverick), "Lift Me Up" (Black Panther: Wakanda Forever), and "This is a Life" (Everything Everywhere All at Once).

The list of nominations for the 95th Academy Awards was announced today by actors Riz Ahmed and Allison Williams.

Meanwhile, celebrities from across film industries are rejoicing over RRR's Oscar nomination. Speaking to Indianexpress.com, singer Mano, a friend of MM Keeravani, expressed that he is on cloud nine after hearing the news. He said, "Keeravani and I worked under iconic musician Chakravarthy together, and from then on we knew that he will become a trendsetter in the Telugu film industry and do great things, which has come true now. I absolutely believe that Naatu Naatu will win the Oscar for us. I am so happy for my dear friend. He is a very soft-natured person, who doesn't have any airs about him. He is like his melodies. After his hard work all these years, Keeravani deserves it."