'Modiji sent me...': Mahua Moitra REVEALS how she got money for Louis Vuitton bag in sarcastic tweet 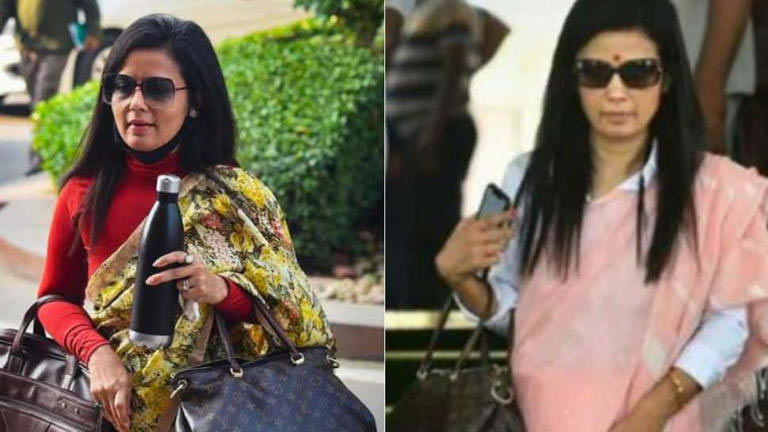 A day after Trinamool Congress MP Mahua Moitra's video shared by BJP spokesperson Shehzad Poonawalla which showed her 'hiding' her handbag went viral on social media, Moitra has retaliated with a sarcastic comment on where she got the money for her handbag.

Earlier, Mahua Moitra had retorted with a tweet to the Louis Vuitton controversy by quoting Prime Minister Narendra Modi's famous remark in a 2016 rally - "Jholewala fakir in Parliament since 2019. Jhola leke aye the... jhola leke chal padenge...". She also shared a collage of her pictures with her handbag.

Now, Moitra replied to a social media user who asked her where she gets the money to file petitions in the Supreme Court. She replied, "Modiji sent me some of the proceeds after auctioning his ?10 lakh suit. I bought a handbag and used the rest to pay lawyer fees."

According to reports, it was a Louis Vuitton bag priced at more than Rs 1.5 lakh.

Meanwhile, Opposition parties in Rajya Sabha on Tuesday appealed to the government to acknowledge the problem of rising inflation affecting the poor in India in order to fix it, but the ruling BJP asserted that it is a problem arising due to global development beyond the control of any country.

Participating in a short-duration discussion on rising prices of essential items, BJP leader Prakash Javadekar said price rise hurts everyone and the Narendra Modi-led central government is constantly working to check it.

The inflation is ruling at 7 per cent now and has not yet reached the double-digit level like in the previous United Progressive Alliance (UPA) regime, he said.