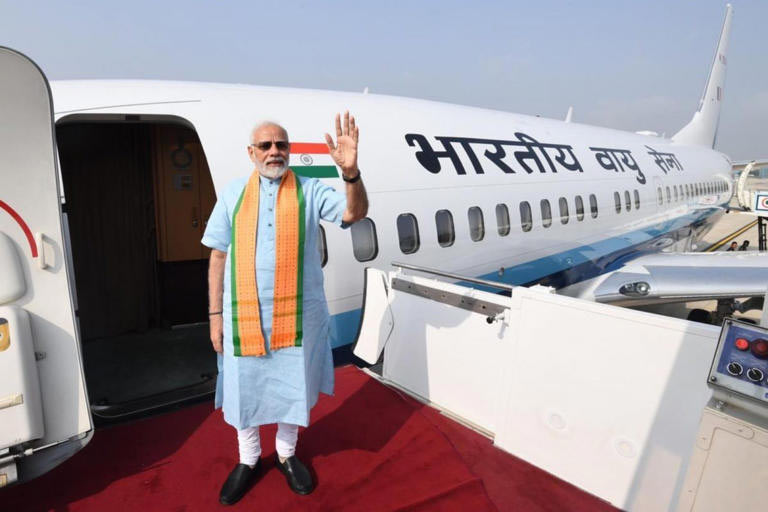 Prime Minister Narendra Modi is celebrating his 72nd birthday today, September 17, 2022. Wishes have already begun pouring in from several dignitaries and politicians from across the globe. Among them is Russian President Vladimir Putin, who met PM Modi on Friday on the sidelines of SCO Summit 2022. Calling Modi his “dear friend”, Putin said he is aware that the Indian PM is “about to celebrate” his birthday. “As per Russian tradition, we never offer congratulations in advance, so I cannot do that right now. But I would like you to know that we know about, and we wish you all the best, we wish all the best to friendly Indian nation, and we wish prosperity to India,” Putin told Modi.

While the Bharatiya Janata Party (BJP) and some individuals have made plans to celebrate the prime minister’s birthday, PM Modi will be going about his day as usual, fulfilling his national duties. One of the biggest highlights of his birthday will be the eight cheetahs that were brought from Namibia and will be released by the prime minister into the Kuno National Park in Madhya Pradesh around 10:45 am. Notably, the big cat was extinct in the country in 1952 due to sport hunting, overhunting and habitat loss.

After releasing the cheetahs in the national park, Prime Minister Narendra Modi will participate in Self Help Group (SHG) Sammelan with women SHG members/community resource persons at Karahal, Sheopur. He will also expected to deliver four speeches, which will cover diverse sectors like wildlife and environment, women empowerment, skills and youth development, and next generation infrastructure.

• The prime minister will first address the nation around 10:45 am on the historic occasion of cheetahs coming to India. • Then he will speak at the women self help group’s conference in MP at noon. • Then the prime minister will address students at the first ever ‘Deekshant Samaroh’ of students from ITIs on the occasion of Vishwakarma Jayanti. Around 40 lakh students will be joining this program. • In the evening, at 5:30 pm, he will launch the important National Logistics Policy and speak at the occasion. PM Modi will unveil the National Logistics Policy of the country that aims to reduce logistics cost to 8% of the GDP. To reduce logistics cost in the country, focus in the new policy is on reducing warehousing cost and improvements in reliability of supply chains, as per the details of the NLP accessed by News18.

Indians can send their birthday wishes to PM Modi directly using the Narendra Modi App, more popularly known as the NaMo app. Those who are interested in wishing the prime minister can record a video message or upload their photos on the app, and post it for Modi on his birthday. A feature that has been added to the app this year is that users can now include their entire family in one greeting before they send it to the PM.

A personalised e-card can be shared with every family member, where they can add their message before finally uploading it to be sent to PM Modi. It’s a group message that can include a group of relatives, friends, colleagues, classmates or neighbours.

This year, internet users will be able to pick some moments from PM Modi’s life that they most connect with and create a short video. This personalised video can then be shared on all social media platforms.

Narendra Modi belonged to the marginalized section of the society. His family was in the grocery business who struggled hard to make ends meet. With his family, Modi lived in a small single storey house in Vadnagar, Gujarat.

Modi’s love for his country started quite early. During his childhood, he served as a volunteer to the Indian army at the railway stations during the Indo- Pak war of 1965. He also helped the flood victims in Gujarat in 1967.

The prime minister’s father sold tea at a tea stall near Vadnagar railway station. In his early years, he too lent a hand to his father at the tea stall. In June this year, during his mother’s birthday, PM Modi recalled the hardships she faced during the early years.

PM Modi said that, unlike most children who are brought up with love and affection, Heeraben Modi spent her entire childhood without her mother in poverty and deprivation. Yet, no hardship deterred her and only made her fortitude stronger.

“Mother did not have much of a childhood due to these struggles – she was forced to grow beyond her age. She was the eldest child in her family and became the eldest daughter-in-law after marriage,” PM Modi shared.

Usually, scarcity leads to stress. However, my parents never let the anxiety from the daily struggles overwhelm the family atmosphere, PM Modi wrote, underling how both his parents carefully divided their responsibilities and fulfilled them. The family would live in a tiny house without a window or a toilet, and cook on a machaan made from bamboo sticks.

While Modi will travel to Madhya Pradesh on his 72nd birthday on Saturday, his party will embark on a fortnight-long nationwide drive of public outreach with initiatives like blood donation, helping the poor and disabled, and cleanliness measures, and also observe a “unity in diversity” programme.

BJP general secretary Arun Singh said party functionaries in one state will adopt any other state under the programme to promote its language and culture for a day.

An e-auction of gifts the prime minister has received is set to begin from Saturday. Proceeds from the auction will be used for ‘Namami Gange’, the clean Ganga campaign.

Here is a snippet of major events held on his birthday since Modi assumed the highest executive office in 2014. Different ministries and state governments, especially those run by the BJP, organise their own initiatives to mark the day.

2021: Over 2.5 crore Covid vaccine doses, a record, were administered across the country.

2020: Amid Covid-19 concerns across the country, the BJP focussed on ‘seva’ (welfare) programmes to help people.

2019: The prime minister spent the day in Gujarat. He visited the Sardar Sarovar Dam to witness the landmark of the Narmada river dam reaching a height 138.68 metres for the first time.

2018: He visited his Lok Sabha constituency Varanasi. He visited a school and interacted with students. He also visited the Kashi Vishwanath temple.

2017: The prime minister inaugurated the Sardar Sarovar Dam in Gujarat. He also visited the family of Marshal of Air Force Arjan Singh to express his condolences on his death.

2016: He visited Navsari in his home state to attend a function where aid was distributed to differently-abled persons. He also spent time with tribals in Limkeda and later inaugurated drinking water and irrigation projects in the parched region of Dahod district.

2015: The prime minister had visited Shauryanjali, a military exhibition to mark the golden jubilee of the Indo-Pak War of 1965.

2014: Modi had hosted a dinner for Chinese President Xi Jinping in Ahmedabad.

The prime minister has often travelled to Gujarat on his birthday to seek the blessings of his mother Heeraben.