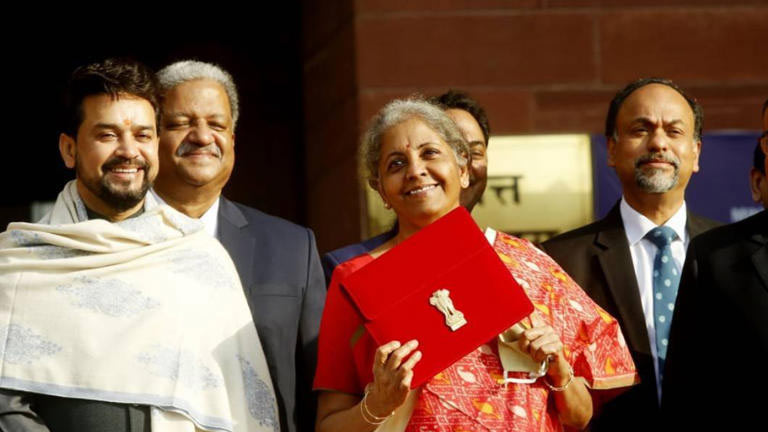 As the government aims to set a template for the next 25 years through the Budget for FY24, it will likely renew its Atmanirbhar Bharat (self-reliant India) pledge by focussing on five pillars – economy, infrastructure, technology, demography and supply chain.

According to sources, a raft of measures are being worked out to spur domestic manufacturing and trim import reliance, especially in fertilisers, cooking oil and crude petroleum. Steps are likely to lure businesses seeking to relocate from China, reduce compliance burden for India Inc and bolster supply-chain.

Easier rules to woo patient capital, innovative ways to boost financing in infrastructure and the intent to firm up a viable and innovative public-private partnership model may be announced too. Fresh announcements to deepen the market for green financing and promote eco-friendly manufacturing practices may also feature in the Budget.

Infrastructure creation will of course remain a priority, with focus on enhanced public capex to stimulate growth and spur employment.

“Self-reliance is a key focus area for the country to emerge as a developed nation by 2047, which is a goal set by Prime Minister Narendra Modi. The Budget will reflect this theme in its own way and broadly focus on efforts to make the goal a reality,” a senior government official told FE. This will mean that it will focus not just on boosting growth on a sustained basis but also on improving ease of living.

However, as the government has asserted, self-reliance doesn’t mean the country will shut its door to foreign competition. Instead, it will further deepen its engagement with the world to improve its own competitiveness. So, free trade agreements (FTAs) with key economies, including the UK, the EU, Canada and Australia, will be pursued seriously, said another official. Of course, the focus will be on hammering out balanced FTAs.

As part of the efforts to boost manufacturing, the government will likely roll out production-linked incentive (PLI) schemes in select sectors, including electronic components, toys, furniture, textiles, leather and footwear. Customs duties on dozens of products will be hiked where excess domestic capacity exists or where there is an urgent need to create capacity and those on raw materials will be lowered. Products such as private jets and helicopters, select consumer electronics, plastics, certain iron & steel products, jewellery and leather could witness higher duties.

The Budget may spell out plans to enhance domestic production of fertilisers, edible oil and crude oil to reduce imports, rein in inflationary pressure and cut subsidy outgo. Self-reliance in fertilisers could be explored via fiscal support to revive viable closed units and build new ones, and through novel measures such as greater adoption of nano-urea. Fertiliser subsidy made a huge dent in the government’s finances this fiscal, as it’s expected to hit Rs 2.5 trillion, against the budgeted Rs 1.05 trillion.

Greater support over the medium term may be extended to improve edible oil output through schemes like the National Edible Oil Mission-Oil Palm. Similarly, the country will seek to vigorously raise its ethanol production for mixing it with petrol to cut petroleum imports in the coming years. A clutch of green initiatives are also in the offing. These include raising the issue size of sovereign green bonds in FY24 from Rs 16,000 crore this fiscal.